The Navy has announced that future submarine USS John Warner submarine will be homeported in Norfolk once it enters service.

The future Virginia-class sub was christened in a star-spangled ceremony at Newport News Shipbuilding Saturday evening, and will be the first of the Virginia-class to be based in Norfolk.

About 9,000 people attended the ceremony. Former Senator John Warner delivered the principal address. His wife, Jeanne Warner, served as the ship’s sponsor and broke a bottle of sparkling wine against a plate welded to the hull to officially christen the ship. The audience was then treated to a large fireworks display.

“The christening of the future USS John Warner is not only a celebration of a dedicated Sailor, Marine and public servant, but also of what has been accomplished in building this powerful warship – of the hard work of the thousands of shipyard workers, engineers, and defense craftsmen who contributed, and of what the future holds for the USS John Warner and the crew who sail aboard her,” said Secretary of the Navy Ray Mabus.

For about a month, a dozen shipbuilders in Newport News’ sail shop worked to create the 30-foot bow flag that hung front and center during the event. The bow flag was hoisted into place on Sunday.

A team of shipbuilders spent about eight hours moving the approximately 7,800-ton submarine to the shipyard’s floating dry dock, where it was moored for the event.

“It takes hard work, commitment and attention to detail by hundreds of shipbuilders across the entire company to transform the shipyard into an event site,” said Jennifer Dunn, Newport News’ director of communications in a release. “From the smallest of details, like the ceremony signage, to the biggest and most visible, like a fireworks show, the christening team is doing an outstanding job to create a unique and memorable experience for our shipbuilders and their families, for our Navy customer, and for Senator Warner, his wife Jeanne, and their friends and family.”

More than 4,000 Newport News shipbuilders have been working to build the John Warner since construction began in 2010. The christening will signal another major milestone toward the submarine’s delivery, which is scheduled for 2015.

Virginia-class submarines weigh 7,800 tons and are 377 feet in length, have a 34-foot beam, and can operate at more than 25 knots submerged. They are designed with a reactor plant that will not require refueling during the planned life of the ship reducing lifecycle costs while increasing underway time. 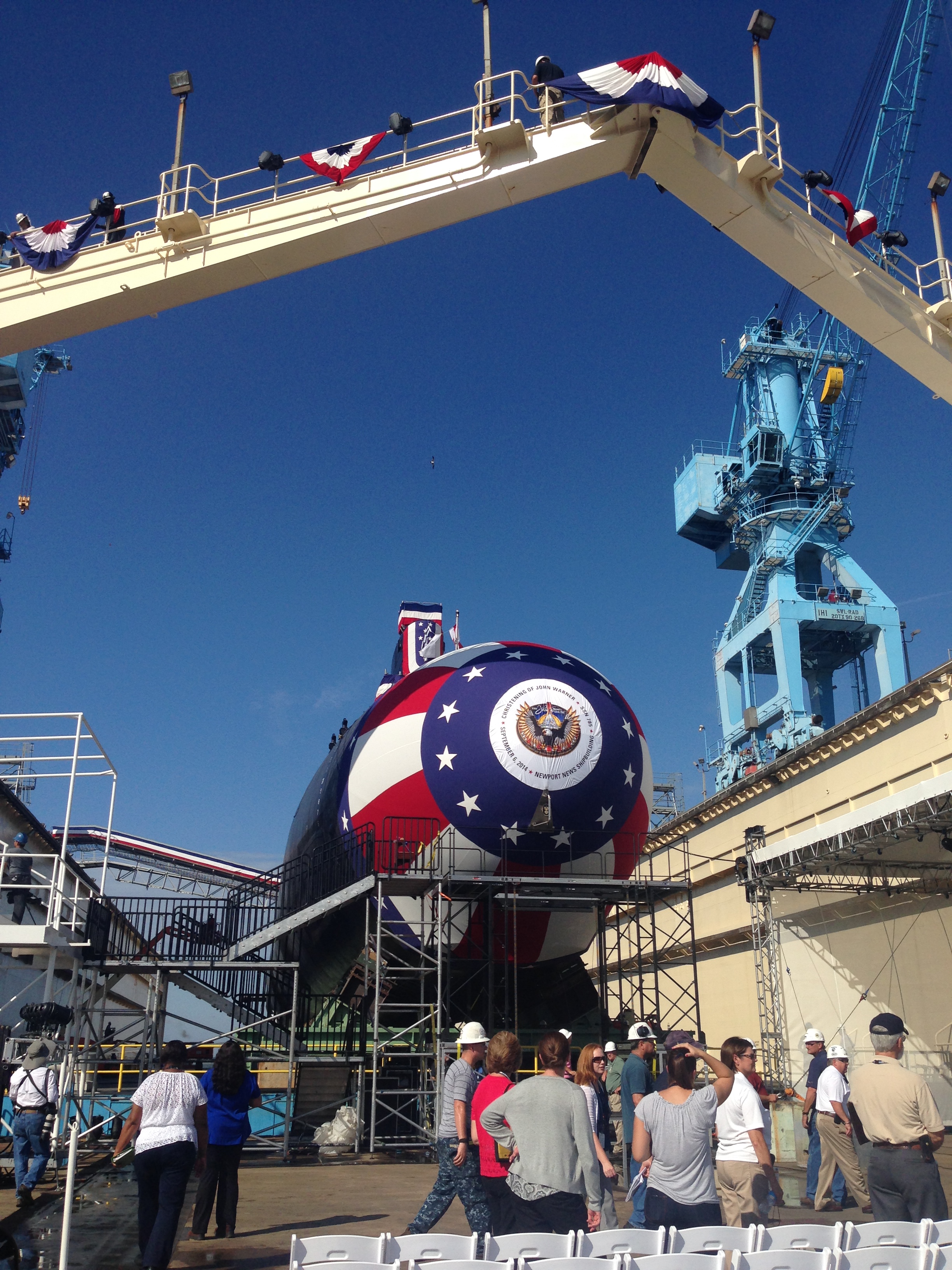