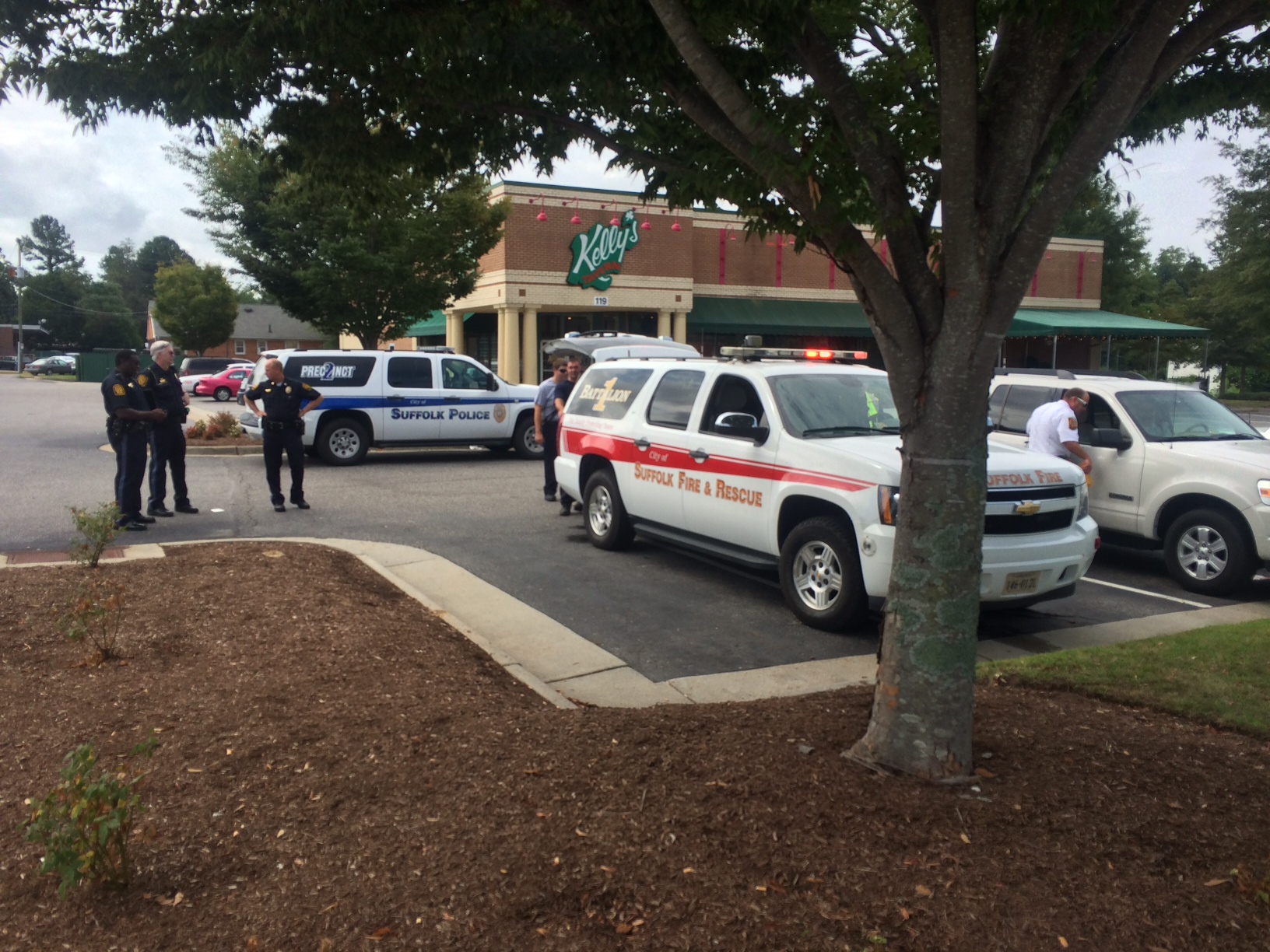 UPDATE: The gas leak was secured at 11 a.m. Suffolk police reopened all affected roadways at 11:15 a.m. A total of nine McDonald’s employees returned to the facility at 11:15 a.m. Also, three Super 8 Hotel employees, 25 adults, and 10 children that had been evacuated safely returned to the building. Emergency personnel temporarily relocated the evacuated individuals to the Rehab Bus that had been brought in for that purpose, officials say. No injuries have been reported.

Suffolk, Va. – A gas leak has been reported in the 100 block of West Constance Road at the intersection with North Main Street, officials tell NewsChannel 3.

Suffolk Fire and Rescue crews and Suffolk Police are currently on the scene.

The call was received by Suffolk Emergency Communications at 9:43 a.m. this morning. The caller told officials that a contractor had ruptured a gas line in that area.

Suffolk Fire and Rescue personnel have evacuated the McDonald’s and Super 8 Hotel in the immediate area.