The U.S. Navy has released the final investigation report for the MH-53E “Sea Dragon” helicopter that crashed off the Virginia Beach coast in January.

The helicopter belonged to Helicopter Mine Countermeasures Squadron 14 at Naval Station Norfolk. It was conducting tow training with another aircraft at the time of the incident. The aircraft was flying at approximately 100 feet and towing an M-104 acoustic device.

The crash killed both pilots and an aircrewman. Two other crewmembers survived.

According to the report, the crash happened about two and a half hours into the flight after an aircrewman “saw a fireball project over his right shoulder.”

The report goes on to explain that a fire had ignited in the upper wall of the crew cabin behind the cockpit. Dense, black billowing smoke filled the cockpit and cabin, blinding the aircrew. Because of that, the crew lost spatial awareness and became disoriented, which caused them to crash.

Post-mishap investigations revealed that chafing between insulation covering electrical wires and the surface of an aluminum fuel transfer tube likely enabled an electrical arc from a wire to breach the transfer tube and ignite the fuel inside.

The Navy denied a report that zip ties contributed to chafing and said there are no restrictions regarding their use.

The crewchief  “attempted to utilize the portable fire extinguisher and called for the pilots to release the MK-104 tow."

The mishap aircrewman called for everyone to insert their Helicopter Aircrew Breathing Device bottles.

About five seconds after that call, the report states that the aircraft crashed into the Atlantic.

The report goes on to list the steps the Navy is now taking to prevent mishaps like this from occurring in the future.

All CH/MH-53Es, except for 20 undergoing maintenance, have now been inspected. Discrepant fuel lines in approximately 28 of the 153 aircraft were annotated and replaced.

A periodic inspection schedule is also being developed by the Commander of Naval Air Systems Command. It is anticipated that this will be released in approximately three to four months.

Additionally, the deaths of Lt. Sean Christopher Snyder, Lt. J. Wesley Van Dorn, and Petty Officer Brian Andrew Collins, and the injuries sustained by the other two surviving crewmembers have been determined to be incurred in the line of duty and not due to misconduct. 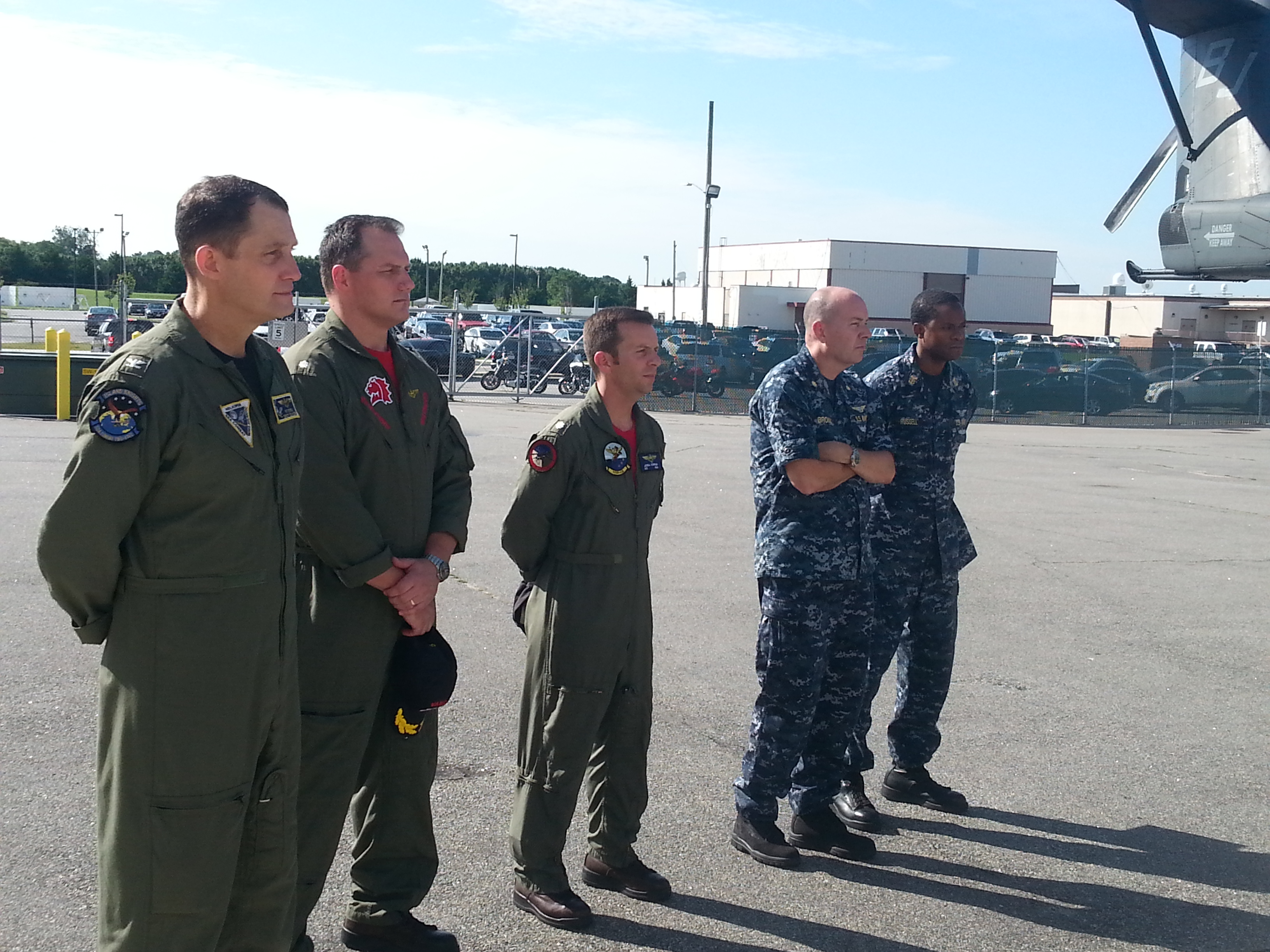