Williamsburg, Va. (WTKR) - Wounded service members from across the country are in Hampton Roads to take part in a three-day rehabilitative cycling event.

The Solider Ride is part of the Wounded Warrior Project.

"We get them outfitted with different kinds of bicycles and hand cycles depending on their needs. Whatever their need is, we meet it," Solider Ride co-founder Nick Kraus told NewsChannel 3's Todd Corillo Thursday.

Kraus says the program is important to help soldiers recover from the physical and psychological wounds of war. 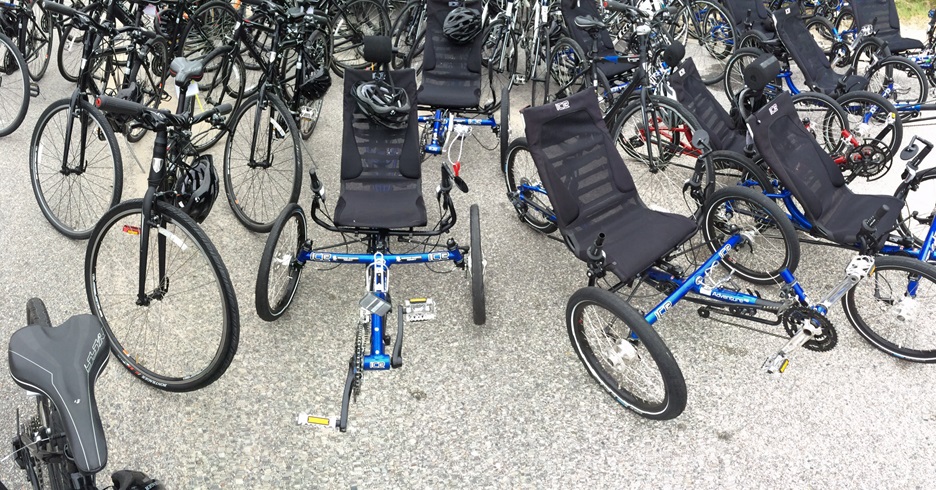 "It also gets people either out of the hospital or off the couch if they are back home and they're interacting again with their brothers and sisters in the military.  They also have the common experience of getting over injury so this helps a lot, you can see the difference in a weekend. It's significant."

Wounder Warriors were outfitted with their bikes and gear in Williamsburg Thursday.

On Friday, they will cycle from First Landing State Park to Waterman's Restaurant at the Virginia Beach Oceanfront.

Friday evening, the Virginia premiere of the Soldier Ride film will be screened at 8p.m. at the Kimball Theater in Williamsburg.

Then on Saturday morning, riders will be on the Colonial Parkway, cycling from the Williamsburg Visitors Center to the Yorktown Battlefield.

Ryan Rivera is one of the participants.

He was shot in the neck during an ambush attack while on patrol in Iraq during the first months of the war in 2003.

Rivera's partially paralyzed but that isn't stopping him from taking part in the ride.

"A lot of the weight on our shoulders is lifted. We just can be ourselves without other people judging us and we are with fellow veterans who have been through the same ordeal," Rivera explained.

The ride comes at a time when the violence overseas escalates along with the threat from ISIS.

This is the first time the Soldier Ride has been held in Hampton Roads.