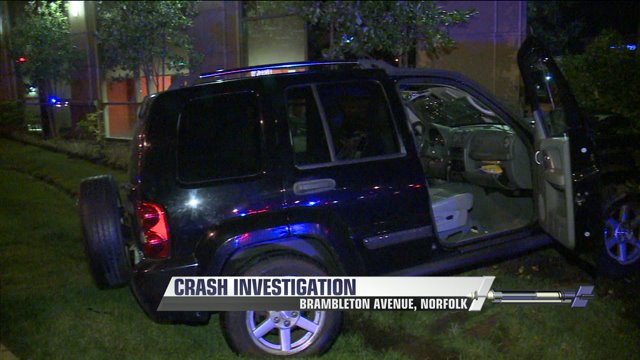 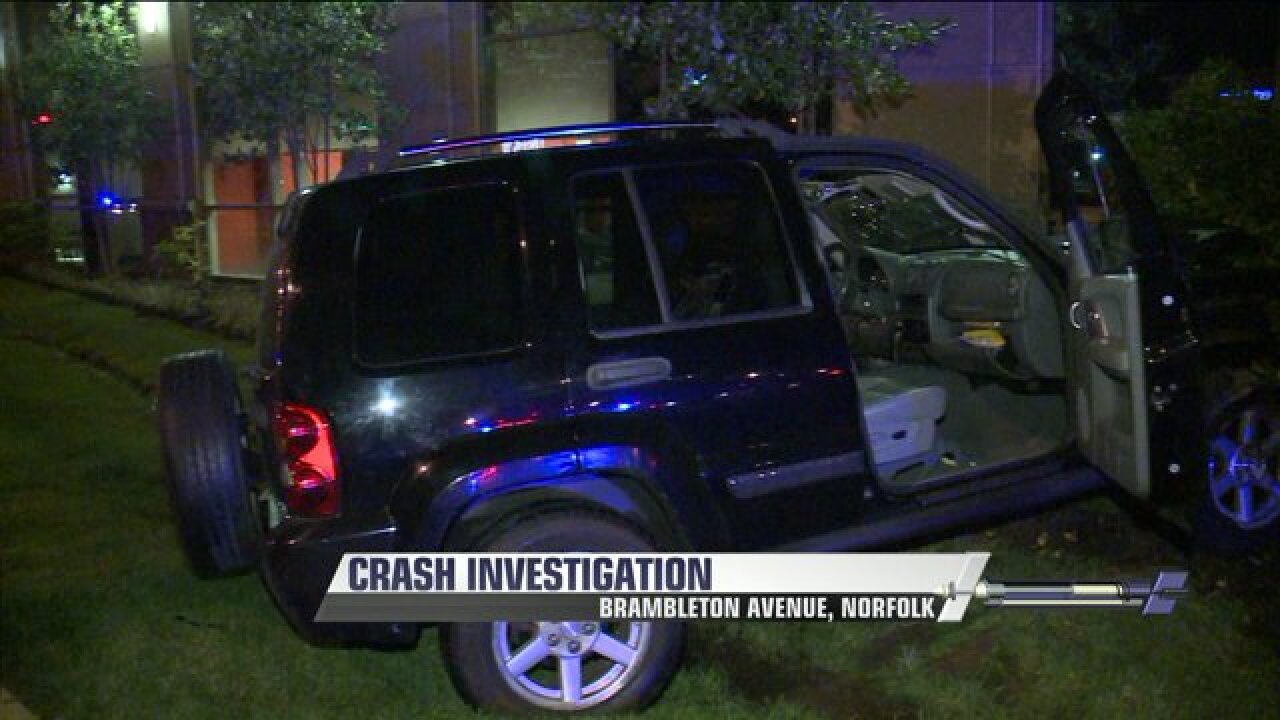 Norfolk, Va.- Police are investigating an accident that left a woman with serious, life-threatening injuries Sunday night near the intersection of Boush Street and Brambleton Avenue.

A Jeep SUV crashed into the electrical boxes of the Residence Inn.

The woman was taken to Sentara Norfolk General Hospital and was the only person in the Jeep.

Brambleton Avenue was shutdown in both directions for several hours as police investigated. The electricity at the hotel was not affected.

Police aren't sure what caused the woman to crash into the hotel.