Melbourne, Australia – No one expects a goldfish to live past a few months, but one fish has beaten those odds. George the goldfish is a miracle to say the least.

The head of the hospital’s exotic and wildlife veterinarian team, Dr. Tristan Rich, performed the $200 surgery.

Rich prepared three buckets for the procedure. He filled two with substantial amounts of anesthetics and the third with clean water as a recovery unit for George.

While George slept, Rich ran an oxygenated tube into the fish’s mouth, which poured anesthetic water all over his gills.

According to Lort Smith’s Facebook page, Rich “had to use a gelatin sponge to control the bleeding during surgery” and “put in four sutures then sealed the rest of the wound with tissue glue.”

The surgery lasted a total of 45 minutes.

Following the procedure, George was placed in the recovery zone, and injected with painkillers and antibiotics.

Today, George is at home. Happily swimming alongside 38 other goldfish in a Melbourne, Australia pond. 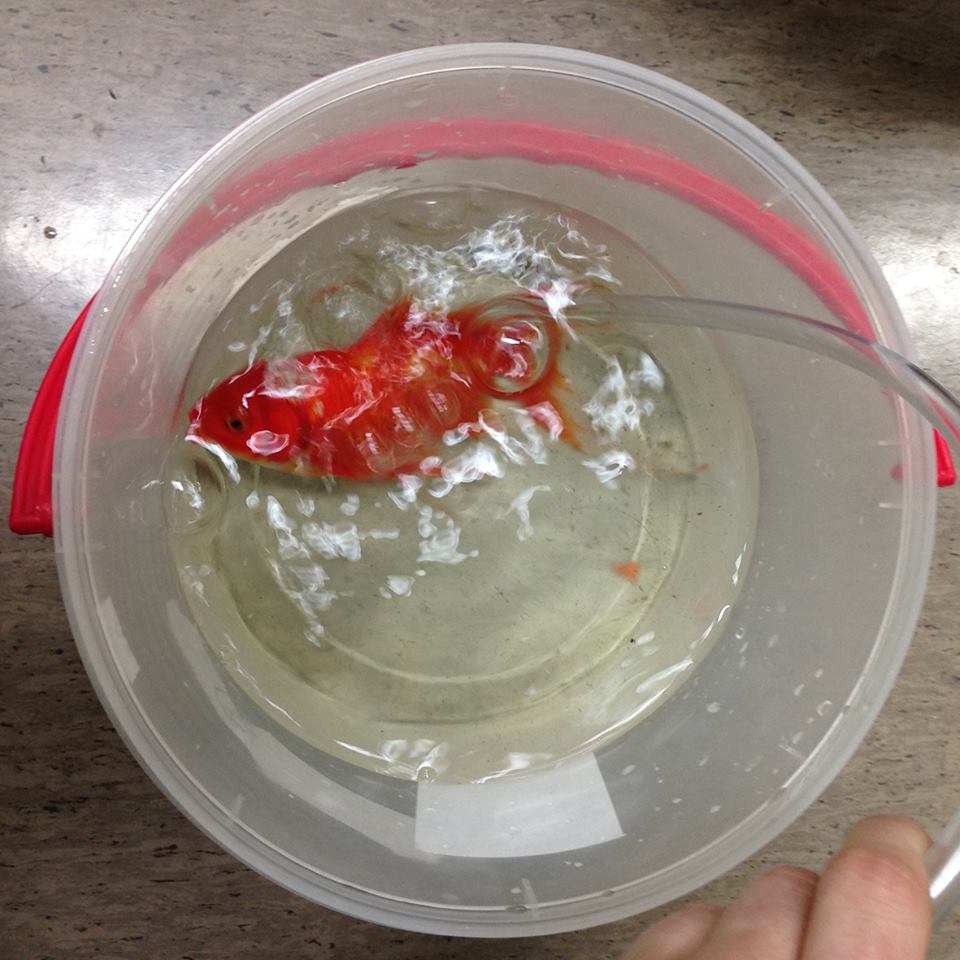