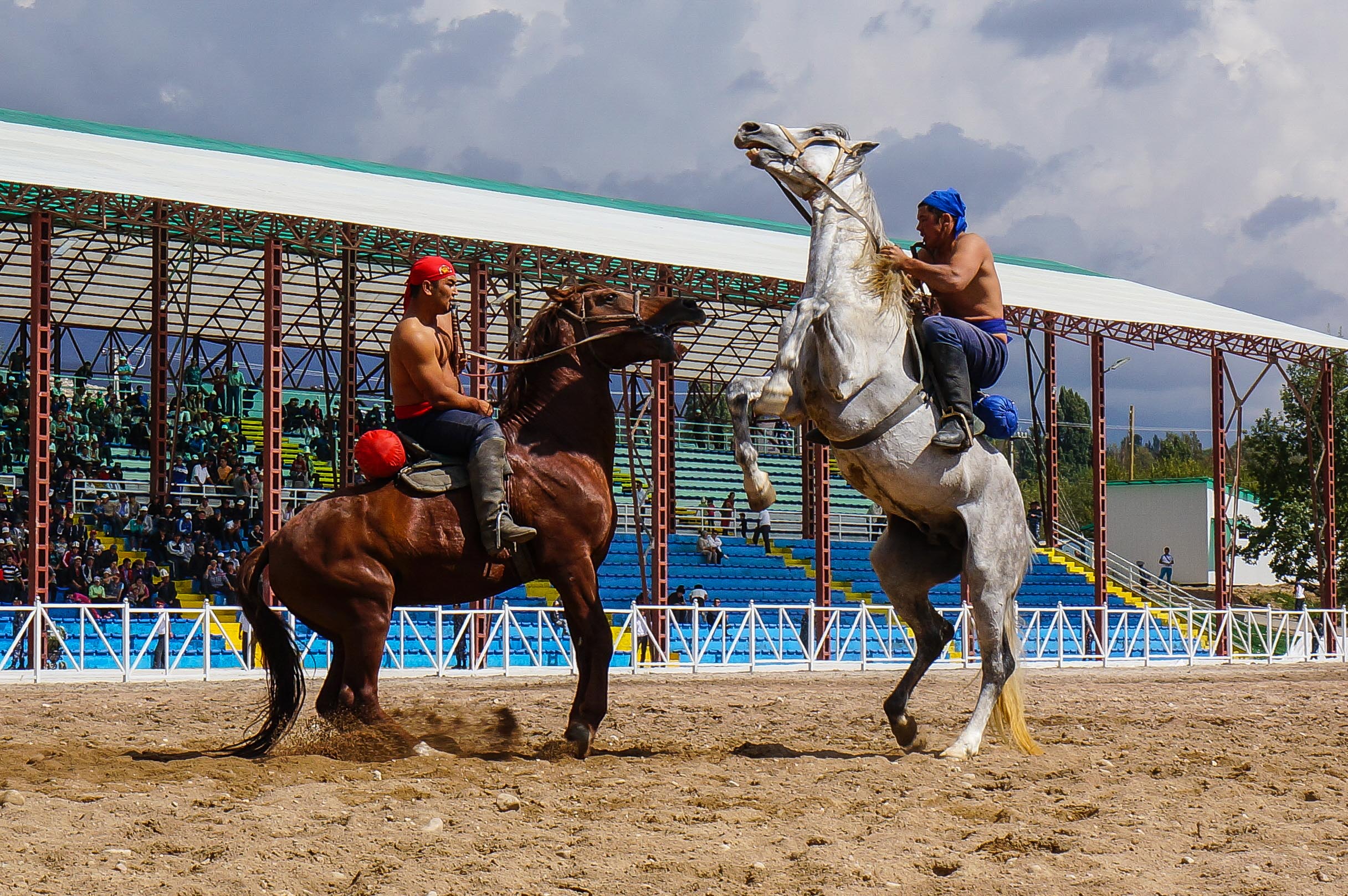 Men trying to drag each other off of horses.

These were just some of the highlights of last week’s first-ever World Nomad Games, held near the shores of Lake Issyk-Kul in Cholpon-Ata City, Kyrgyzstan.

About 400 athletes came from 19 countries — mostly Central Asia, as well as Turkey, Mongolia and even Germany and the United States.

The games were sponsored by the Kyrgyzstan government.

A temporary camp with 150 yurts was set up in Kyrchyn Jailoo to host guests.

In addition to traditional competitions such as wrestling and kok boru (in which two teams of horsemen try to push a headless goat carcass into a goal), performances and folk games kept crowds active.

An official at the opening ceremony rang in the games by declaring: “All humans were originally nomads.”

As nomadic peoples have become minorities in modern societies, the six-day games were organized to showcase vanishing traditions and culture.

“[Nomadic sports] are in no way inferior in staginess and popularity [to] the modern Olympics,” says the games’ official website.

“Games give powerful impetus to rebirth … original national sports, spiritual self-awareness and historical memory of nomad nations of the world.”