The PEOPLExpress ticket counter at the Newport News-Williamsburg International Airport is abandoned and the flight board is empty as the airline abruptly stopped services on Friday, leaving many passengers angry and frustrated, even stranded in cities all across the country.

NewsChannel 3 spoke to Pete Hernandez of Chesapeake who wanted to have a relaxing getaway to New Orleans with his wife without the kids, but that relaxing getaway ended up being a travel nightmare after PEOPLExpress sent an email the day before they were supposed to return back home, saying his trip was cancelled and that he will be getting a refund.

"I thought it was a joke. Literally, I thought my wife was kidding me," Hernandez said.

But the airline offered no options for a return flight so Pete and his wife were stuck in New Orleans with no way back home.

"At least give us an option, but there was no option on the table. We had to fend for ourselves," added Hernandez. "What if I didn't have an extra credit card for emergencies? Or what if I didn't have the funds? I would have been out of luck. It was not a good situation."

Pete says flights were more than $700 each and he says it was impossible to get a hotel room at a decent price on a Saturday night in New Orleans. So trying to save as much money, the couple rented a car and drove 18 hours straight back home so they could be back at work Monday morning. 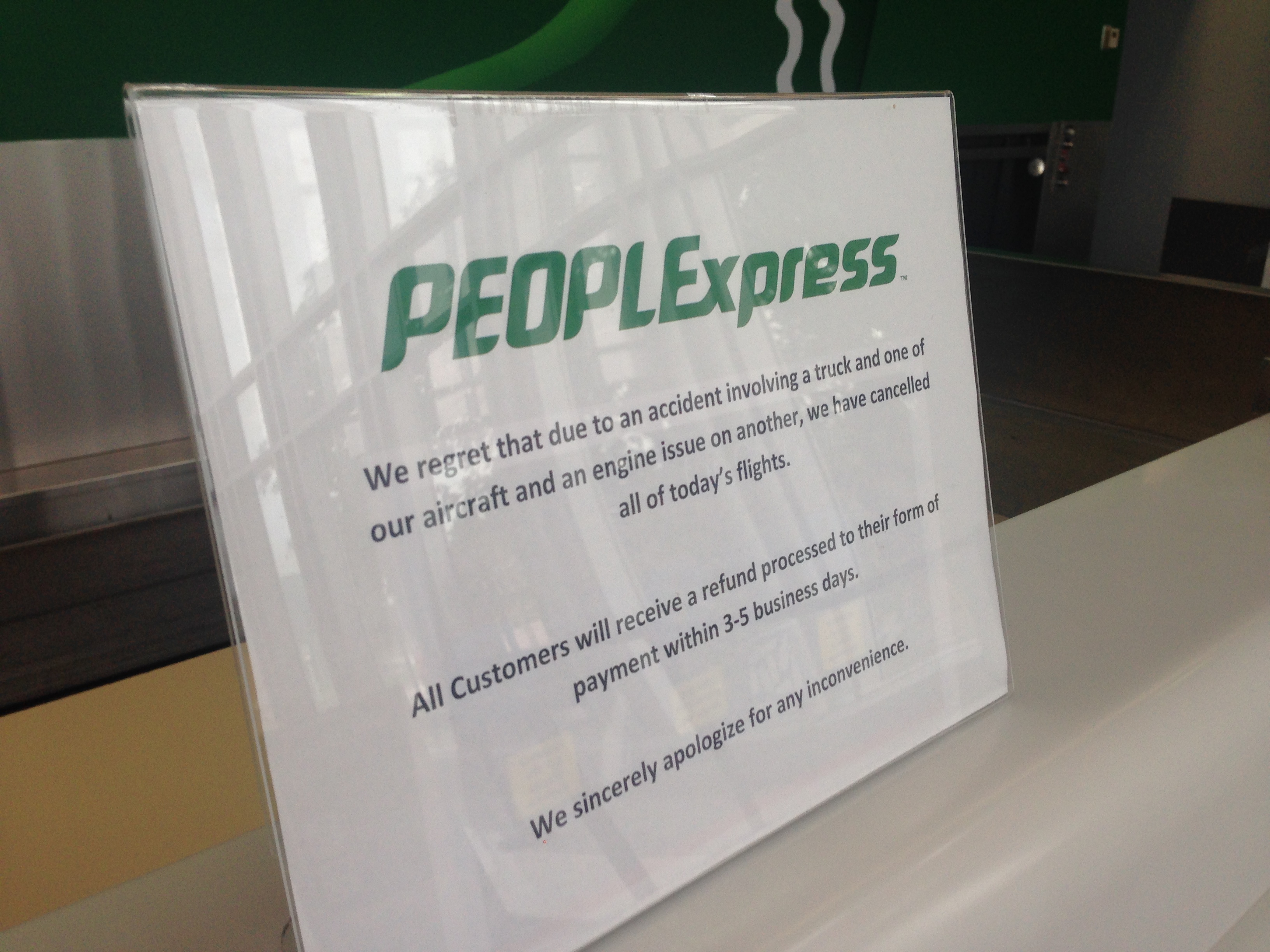 Hernandez says a $200 dollar refund doesn't even compare to the hundreds of dollars he had to pay out of pocket to get back home, not to mention the frustration and anger that came with it.

He now plans on taking legal action against the company hoping for some compensation.

"They need to be accountable for not being responsible for their business. I'm a business owner, if I would suck people dry I wouldn't be in business. You just can't do that," He added.

PEOPLExpress in a release Friday says anyone with flights booked through October 15th will get a full refund. NewsChannel 3 reached out to the airline on Monday to see if they had any comment for those stranded customers like Pete and they released the following statement in an e-mail.

"Our contract of carriage specifies that we refund fares, which we are in the process of doing. We are also refunding any additional fees passengers may have booked with, such as check bags. We also will refund the entire round trip even if one segment was flown. The phone line and online live chat are available at 844.4FLYPEX (844.435.9739) and http://www.flypex.com. Customers should try to reach out to us that way for their individual concerns."