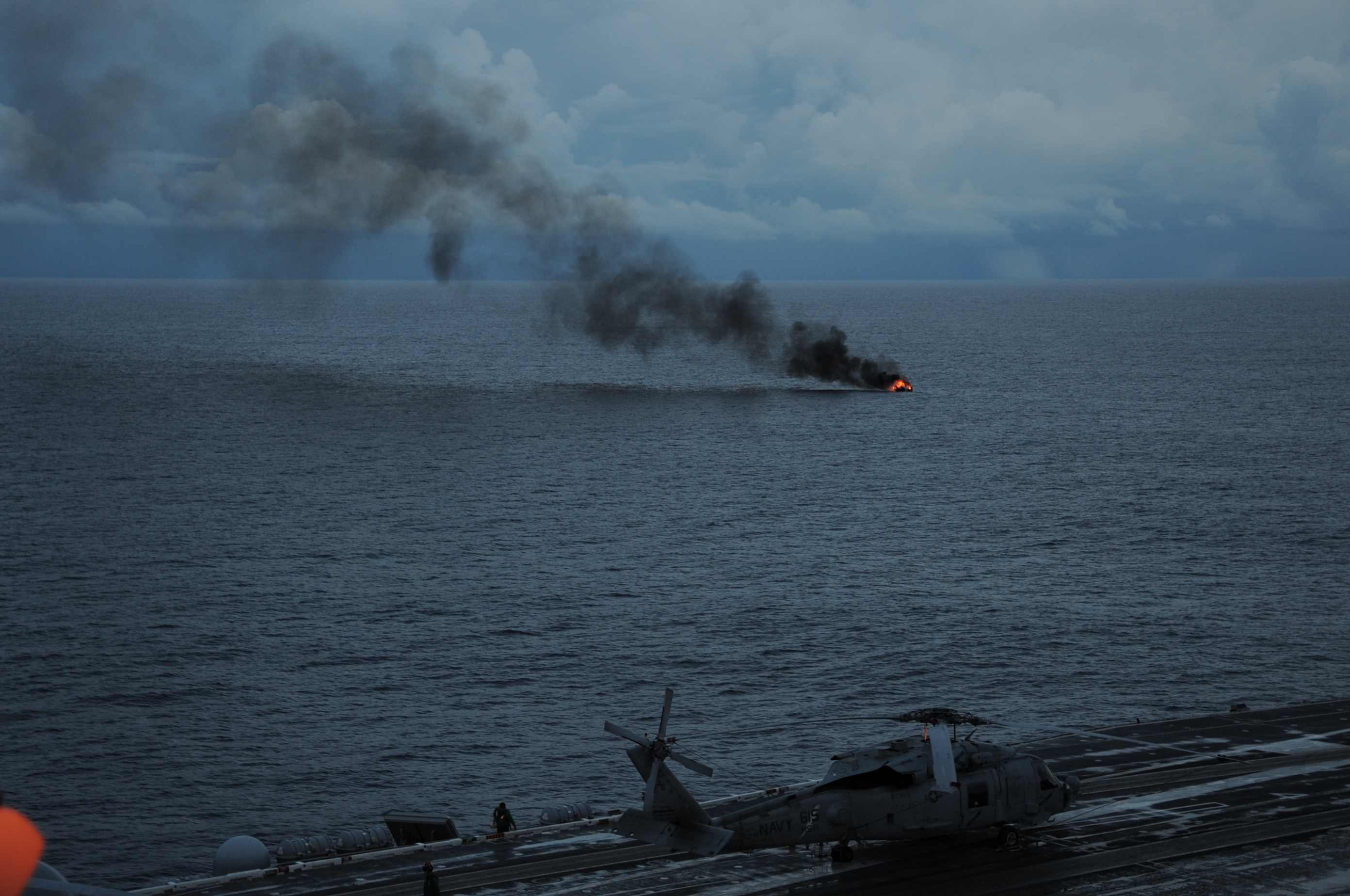 Watchstanders aboard the Roosevelt spotted a rescue flare around 4:30 a.m. approximately 90 miles off the coast and coordinated rescue efforts with nearby Naval Air Warfare Center (NAWC) vessel 38 to assist the two fishermen, who had climbed into a life raft.

“Earlier that morning we actually contacted them and asked them to change their course and speed because they were in our operating area,” said Quartermaster 2nd Class Katie Sluder, who was on watch during the evolution.  “About an hour later, we spotted the flare.”

“By the time flames went through my air ports and through my roof, [NAWC 38] knew we were in trouble,” said Douglas Meagley, one of the fishermen from the burning fishing vessel Captain Star.  “Then we got in the life raft and shot off a flare.”

“[The fishing boat] was a fiberglass boat,” said Meagley. “Once it caught on fire, it was over. Once the boat caught on fire, we climbed into the life raft. We were probably in the raft for only 20 minutes before they [NAWC 38] got to us.”

NAWC 38 pulled the fishermen from the water and transferred them to TR’s ready response team who took them to the carrier via a rigid-hull inflatable boat for a medical evaluation.

An HH-60H Seahawk helicopter from Helicopter Anti-Submarine Squadron 11 flew the fishermen from the Roosevelt to Naval Air Station Jacksonville, Fla., following their evaluation.

Both fishermen were unhurt.