Two men who have been in a relationship for 34 years were the first same-sex couple to receive their marriage license and wed in Virginia Beach on Monday after the Supreme Court rejected same-sex marriage appeals from five states, including Virginia.

Same-sex marriages in  Utah, Oklahoma, Virginia, Wisconsin, and Indiana had previously been on hold pending the Supreme Court's ruling on the matter. Since they have waived the cases for now, the orders issued by the lower courts stand.

That also means bans in all the other states covered by the three circuit appeals courts would also be invalidated. Those states include West Virginia, North Carolina, South Carolina, Kansas, Colorado, and Wyoming. Same-sex marriage would then be permitted in 30 states.

In Virginia Beach, 64-year-old Garland and 76-year-old Jim, together 34 years, were the first to fill out paperwork to receive their marriage license from the city, just after 1:00 p.m. They were married at the courthouse shortly after receiving their license. 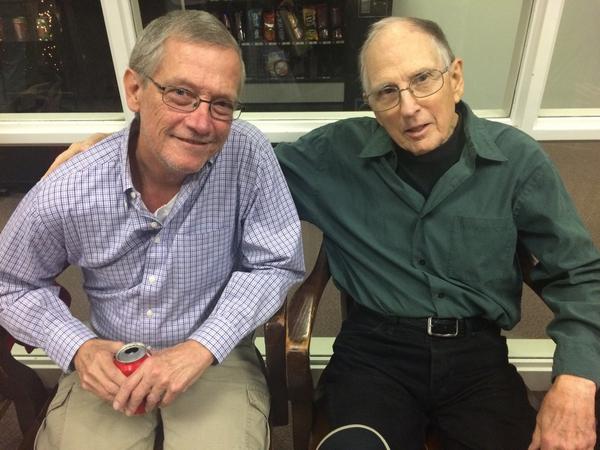 "I've got goosebumps. We've been at this for now three hours and I still am going to have to squeeze myself. I have loved this woman. She has been my life for however long. Every one around us knows it and now we have the required piece of paper that makes all the difference in the world,"  Grace said.

VB deputy clerk Shanette wanted to be the one to give the couple their license pic.twitter.com/OFGf9jctTC