In four of the five past years, Virginia Wesleyan College has recorded the highest rates of on-campus liquor violations in the state, according to a NewsChannel 3 analysis of campus-safety records. In the other year, it was second.

At the core of a lawsuit filed Friday in Norfolk is that the college founded on Christian principles has an undercurrent of underage drinking and sexual assault. In 2012 a freshman attending an orientation party says she was given alcohol spiked with a drug. She says a lacrosse player followed her to her dorm, but then pulled her into his room and raped her. She says the five-hour attack left her bloody and bruised, and traumatized.

According to the lawsuit, the college determined the lacrosse player forced her to have sex against her will, and expelled him. But later, college officials sent the victim a letter saying they had changed their minds. They updated the case from expelled to "withdrawn" so he could enroll in another school.

NewsChannel 3 on Monday examined the lawsuit's claim that Virginia Wesleyan has one of the state's highest rates of on-campus sexual assault. Using campus-safety records the college provided to the Department of Education, we found that claim true. In 2010 the college had the highest rate of sexual assault in Virginia. In 2012, its rate was second highest. In 2011, the college did not report a single on-campus crime.

On Wednesday NewsChannel 3 compared Virginia Wesleyan's on-campus liquor violations to those of other colleges and universities, again finding the small school consistently topped that category. The records show that every year, about one in 10 students is busted for underage possession, or some other liquor-law violation.

The attorney representing the freshman -- who filed her lawsuit as "Jane Doe" -- says the college knew for years there was a climate of sexual assault and underage drinking. The 2012 attack was not the first, the lawyer wrote.

The freshman is suing for $10 million. The college again on Wednesday declined to comment. 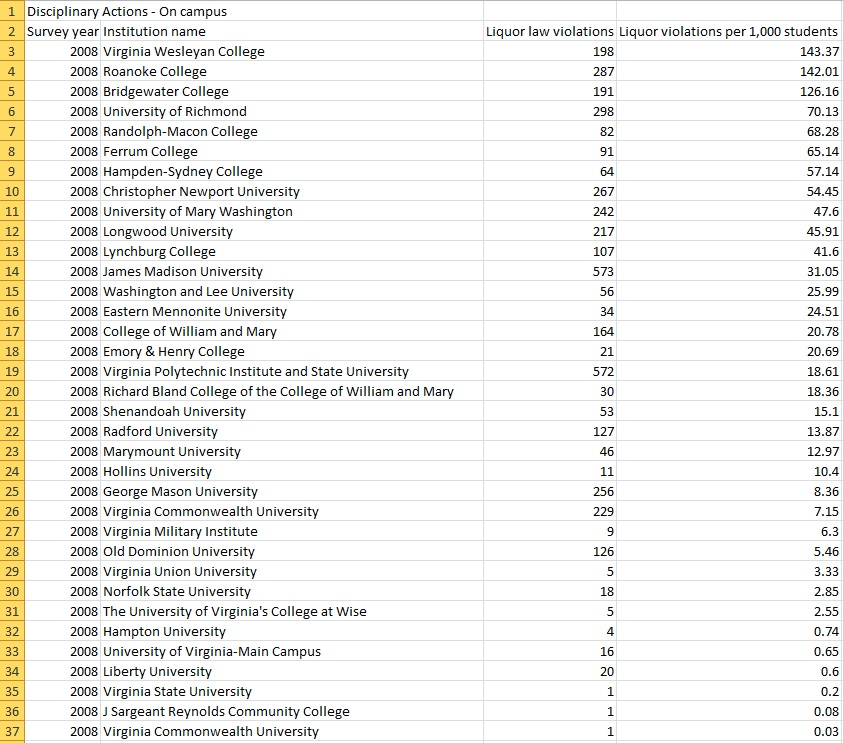