San Antonio, TX- Texas company, Xenex has created a revolutionary germ-zapping robot that may help stop the spread of the Ebola virus.

The disinfecting robot goes by the name of “Little Moe” and is designed to eliminate viruses. “Little Moe” became commercially available in 2010 and is currently being used in 250 hospitals across the country.

The robot uses a Xenon bulb containing high-energy ultraviolet (UV-C) light and high intensity pulses to sanitize a room. In less than 5 minutes, the Xenon-filled bulb can kill 99.9% of dangerous viruses.

The Xenex robot gives off UV-C radiation and can only operate in an empty room. There is also a motion detection system installed in every robot that can immediately shut it down if anyone enters the room.

The UV-C light can kill dangerous diseases by splitting open bacterial cell walls. In merely 5 minutes, “Little Moe” can disinfect a hospital room full of germs. It can also exterminate Ebola on any surface within 2 minutes.

One of the main ways that Ebola is transmitted is through contact with contaminated objects such as medical equipment, needles, etc. Ebola is also spread through the bodily fluids of infected people and animals, including infected meat.

According to the World Health Organization (WHO), there have been 7,492 people diagnosed with Ebola since late March. Of those cases, 3,439 people have died. The current Ebola outbreak in West Africa is the biggest epidemic since the virus was first discovered in 1976. 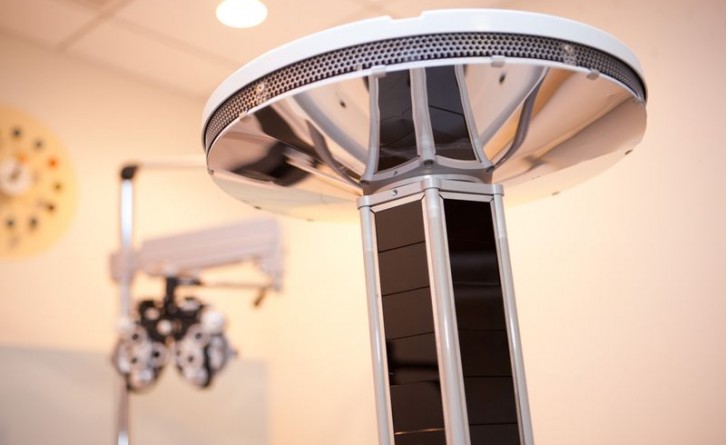