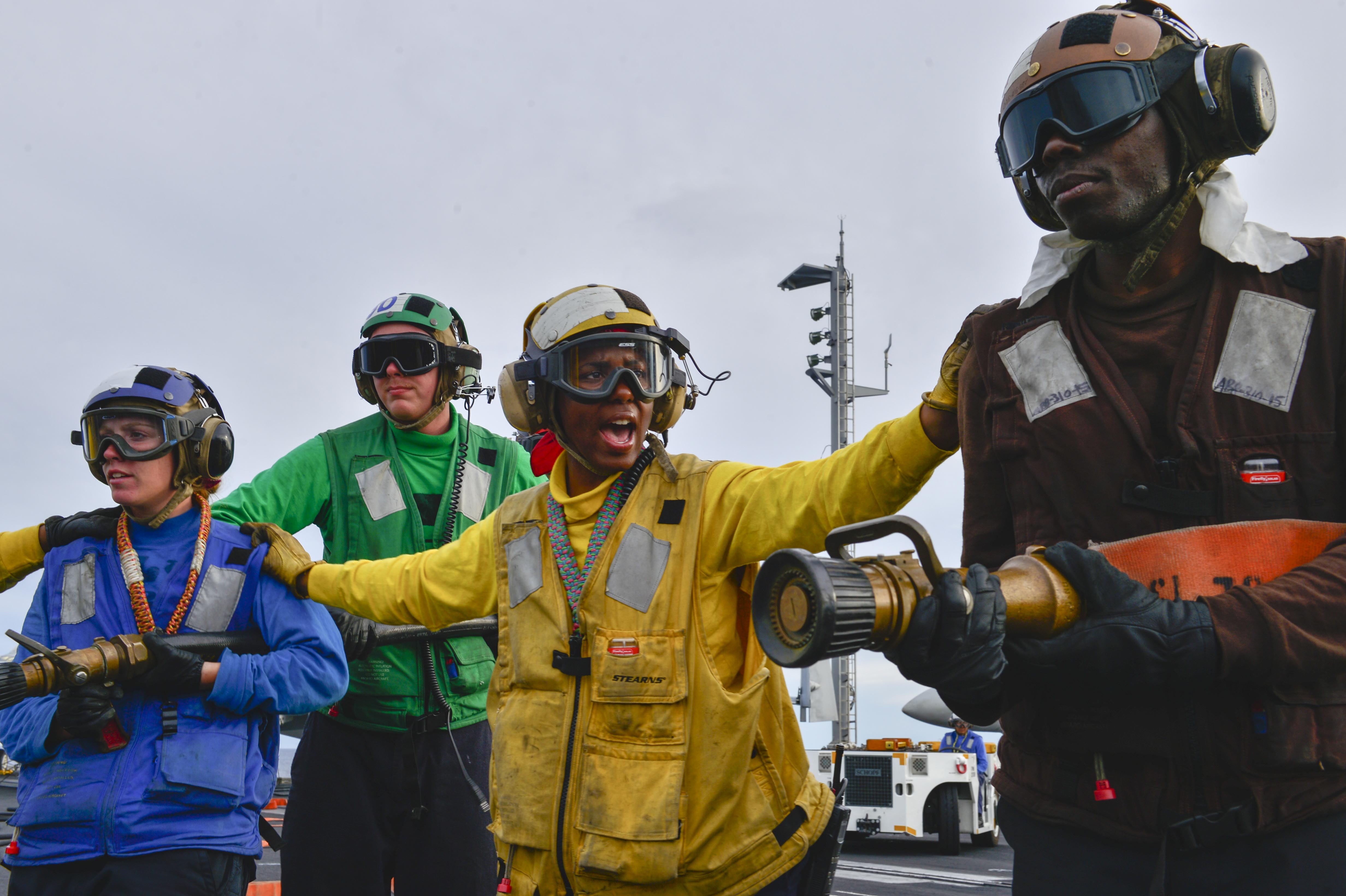 Norfolk, Va. –  The aircraft carrier USS Theodore Roosevelt reached another milestone Wednesday as the ship prepares for a spring deployment next year.

TSTA/FEP is a three-week training and evaluation period that prepares the ship and crew for integrated training with carrier strike group (CSG) assets through a wide range of drills, exercises, and operational scenarios.

“FEP is a two-day evolution, which tests the basic watchstanders’ and training teams’ performance,” said Capt. John Sipes, the director of aviation training at Afloat Training Group (ATG), from San Diego. “It is designed to make sure that the carrier is in a combat environment and see how well the crew will perform under challenging situations, in the areas of damage control, aviation, seamanship, navigation, medical and combat systems.”

FEP ensures the Roosevelt’s crew is fully capable of defending themselves from an attack or a casualty in open waters by assessing the damage control training team’s (DCTT) knowledge and performance of damage control and life-saving techniques.

“DCTT is the backbone for damage control, but every Sailor is a firefighter, whether you are a yeoman or a cook,” said Sipes. “You have to know how to put out fires, stop flooding, dewater spaces and construct shoring.”

“I am impressed by the way DCTT and TR’s crew performed during general quarters and the drills associated with FEP,” said Chief Warrant Officer Nicolas Mason, the Roosevelt’s fire marshal.

“It was a night and day performance from TR’s crew,” said Sipes. “From day one, you could tell there was a little ring rust they had to knock off and by the end they had hoses charged, firefighting ensembles donned and were combating the situation like they would if it were a real scenario.”

The Theodore Roosevelt Strike Group will be working closely together in the months to come in preparation for their deployment in the spring of 2015.