The first element of the new Midtown Tunnel was moved into place on Friday morning. It’s expected to be submerged in the water next week.

"We are finally here, and and its a feeling of accomplishment" - asst construction director for ERC @DriveERT

The deepest part of the tunnel will be 95 feet under water. This element is just 6 feet of water covering it @DriveERT

A total of 11 elements will comprise the new Midtown Tunnel, which is expected to be completed in late 2016.

The first six elements of the tunnel arrived in Portsmouth in June after being floated from their fabrication facility in Sparrows Point, Maryland. 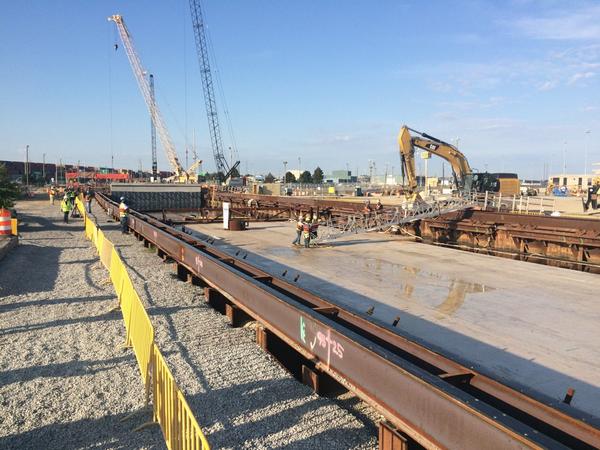 The elements are being moored in Portsmouth until their placements.

Five more elements are currently being fabricated in Sparrows Point. They are scheduled to be floated to Portsmouth in spring 2015.