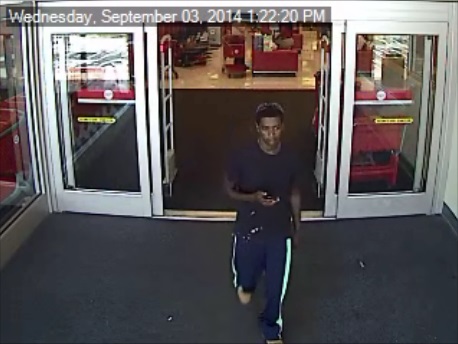 Virginia Beach Police are asking for the public’s help identifying a man seen in surveillance images who they believed used a stolen credit card at numerous locations in Norfolk.

Shortly after she went to her vehicle located in the 2000 block of Concert Drive.   She found her driver side window broken and her purse missing.

Police say the man is wearing blue pants with a green vertical stripe running down the outside seam.