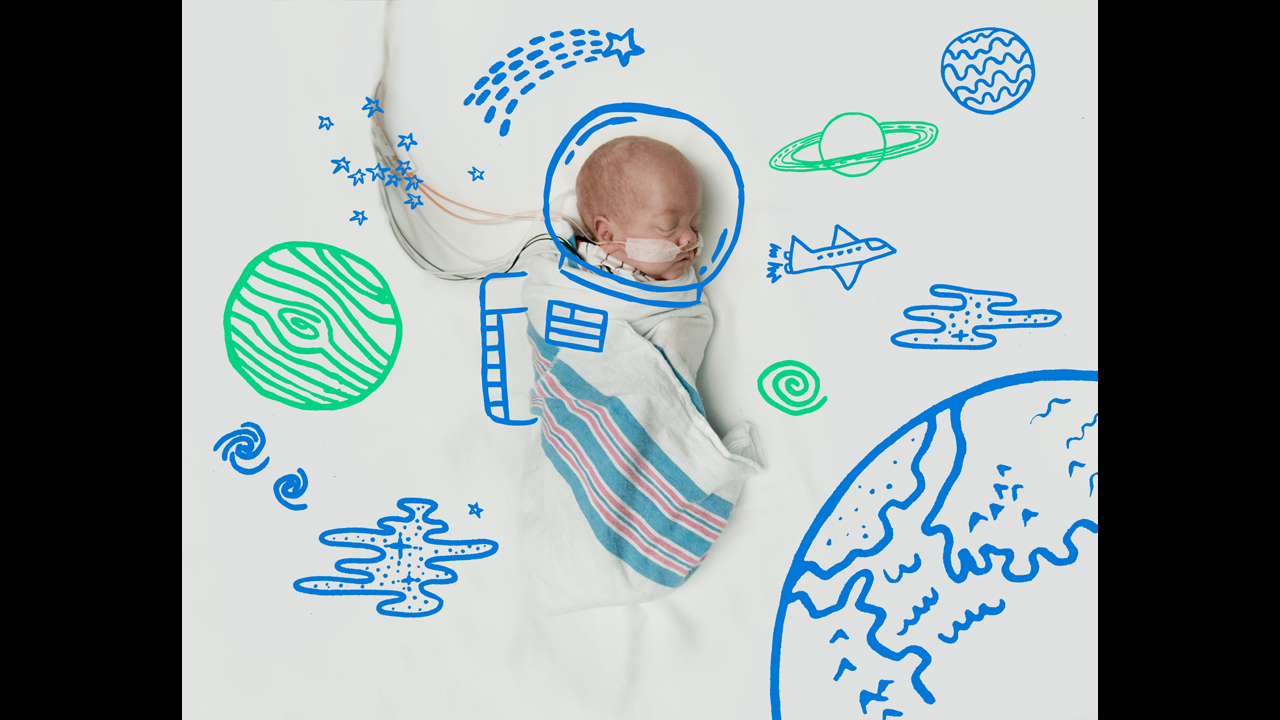 It’s both a daunting and a promising question that children field from the time they can comprehend the concept of a future.

For newborns in the neonatal intensive care unit of Children’s Healthcare of Atlanta, that tiny query is even more poignant.

A new photo series imagines bright futures in store for the hospital’s monitor-strapped preemies. Whimsical doodles are superimposed on pictures of the babies, depicting them in professions such as astronauts, Olympians, ballerinas and chefs.

“From the NICU to the Moon” is part of the organization’s Safe Sleep Campaign, which hopes to connect parents and caregivers with safe sleeping tips in order for their babies’ sweet dreams — amid the steady beep-beep of NICU monitors — to become a reality.

The photographs were taken by an employee of Children’s Healthcare of Atlanta, and designers at Matchstic, a branding agency in Atlanta, handled the imaginative doodles. All of the little dreamers were born between 25 and 37 weeks of gestation, according to Jessica Wright, a nurse educator.

“We wanted the photos to help educate parents about the need for babies to sleep alone, on their backs and in a crib,” Wright said, adding that babies can be unintentionally harmed by blankets and stuffed animals in the crib, sharing an adult bed or sleeping on his or her stomach.

According to the CDC, approximately 4,000 infants between 1 month and 1 year of age die suddenly and unexpectedly each year — and the leading cause of those deaths is accidental suffocation or strangulation in bed.

More than that, the campaign is about looking to the next chapter after the NICU, Wright says, and a safe sleeping environment is a big part of it.

“We also wanted the photo series to show that our NICU babies are poised to make a big impact on the world,” Wright said.