In the Black Sea - The Norfolk-based USS Cole held a remembrance ceremony on Sunday for fallen sailors in the deadly October 12, 2000 terrorist attack that killed 17 sailors and wounded 37 others.

The crew stood at attention on the ship's flight deck as the ceremony began at 11:18 a.m., the exact time when suicide bombers detonated an explosive-laden boat directly against the port side of the ship while refueling in Aden, Yemen.

The blast tore a 40-by-60 foot hole in the side of the ship. Sailors fought valiantly for 96 hours, freeing shipmates trapped by twisted wreckage, containing flooding, and restoring engineering systems vital to the ship's survival.

During the memorial ceremony, a 21-gun salute was fired and taps played to honor the 17 Sailors who lost their lives in service to their country. A ceremonial wreath, made by Cole Sailors, was laid off the port side of the ship.

"Today we will honor 17 Shipmates, 17 Heroes. The spirit, honor, and courage represented by these heroes lives in our crew's core values and in our determination to defend our great nation," said Cmdr. Dennis Farrell, commanding officer of USS Cole. "Our ship will always be linked to the American resolve. My crew stands on the shoulders of our fallen shipmates, and we will never forget them and their families' tremendous sacrifices."

Chief Fire Controlman Andrea Ospina, who joined the Cole in 2002 and helped take the ship out on its first deployment after the attack, spoke as guest speaker during the ceremony. She stressed that it was important to honor their legacy and remember their sacrifice, as Sailors are what makes a ship great.

After the ceremony, the crew gathered on the messdeck where several artifacts of the attack and pictures were displayed for them to pay further homage to those who withstood the attack.

The Cole is conducting naval operations in the U.S. 6th Fleet area of operations in support of U.S. national security interests in Europe. 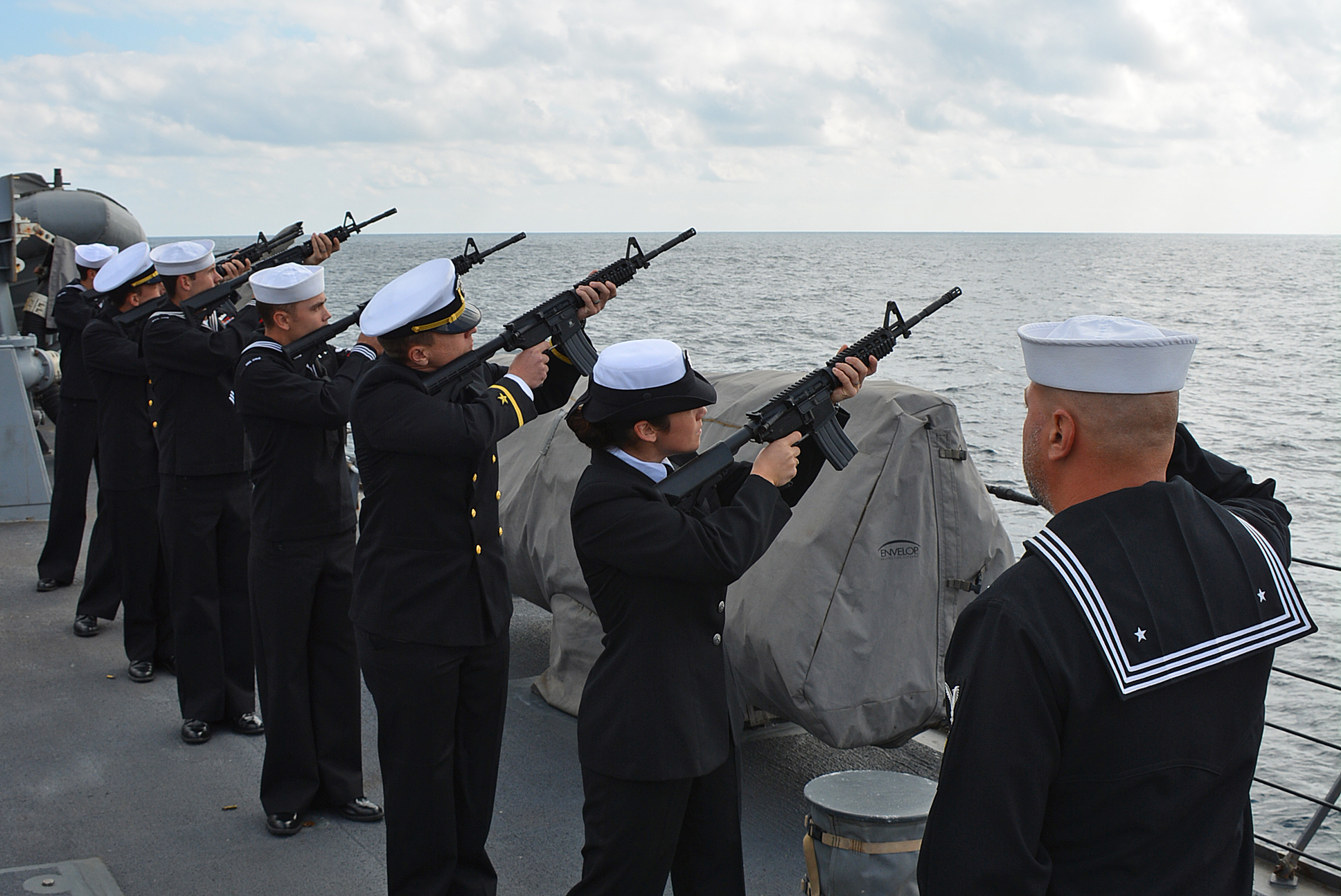