There's no way around this: Ebola is scary. Ebola fears are sweeping the nation triggering moon suits, press conferences and a good amount of worry.

So when a group of five CDC trailers suddenly appeared in a Chesapeake parking lot, the Internet rumor mill started spinning.

The Virginia Department of Health was quick to respond to people’s questions, explaining that the trailers were part of a CDC health survey and had nothing to do with Ebola.

But that explanation didn’t seem to satisfy everyone, so we sent Investigator Mike Mather right to the source.

Study manager Jacque DeMatteis says this is the pencil-pushing arm of the CDC, not the germ-fighting side. They're doing surveys to compile a snapshot of America's health and fitness. The name of the survey is printed right on the side of the trailers.

Sure, we've reported that before, but not everyone fell for it.

“All we do is collect data,” she explains.

We wanted to verify that, but Jacque blocked us from the trailers. She claimed the people inside were talking about their health histories, and there was something called privacy.

Instead, she had us meet her at a non-descript office suite next to a Wells Fargo training center. But she couldn't stop us from asking about the trailers.

Mike Mather: “They are parked in a parking lot that looks like a back lot for the Walking Dead.”

Mike Mather: “So your landscaping needs some work?”

She said this is where the health department suggested, a spot near Greenbrier Mall close to the intersection of several interstates and easy for people to get to. They were last here in 2009 -- no Ebola -- and this visit she says was planned two years ago.

Mike Mather: “What do you have to do with Ebola.”

Even so, we staked out the trailers for a while, but didn't see anyone in scary medical suits.

The trailers are expected to remain in the parking lot until November 17th when the survey wraps up. 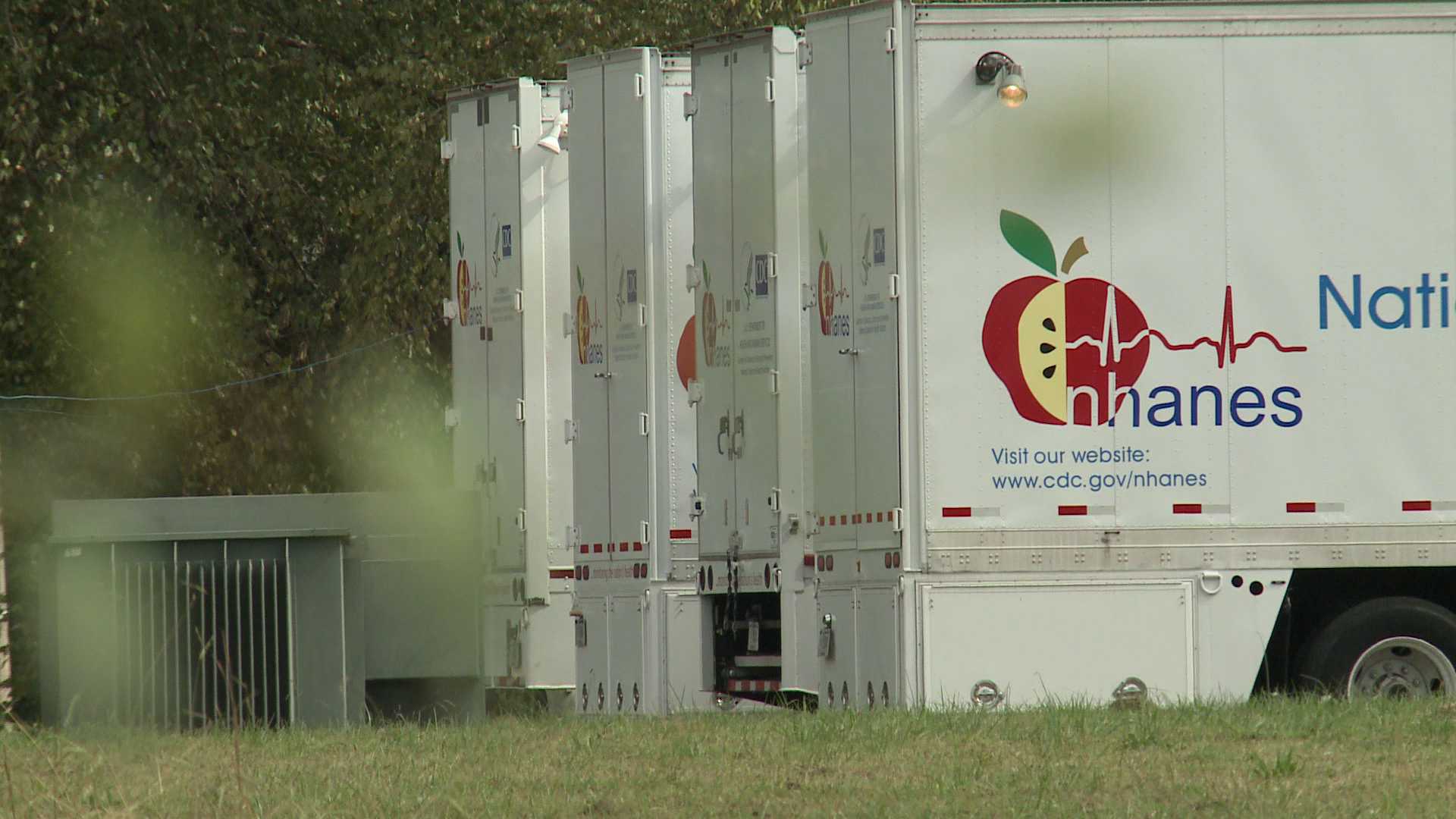