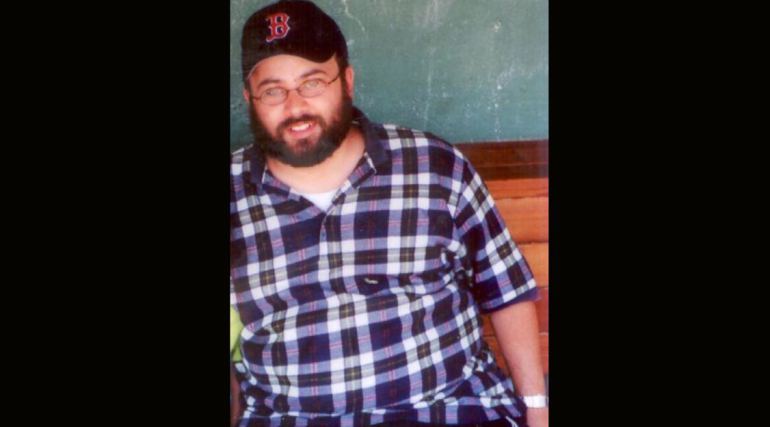 Pesach Sommer, 42, is an eight-time marathon runner. He’s completed at least 10 half-marathons and lost count of the number of 5Ks and 10Ks he has run.

His track record isn’t bad, considering he only started running in 2007. That was when he gave in to his wife’s nagging and finally went to the doctor. He knew he was overweight at 250 pounds: 100 pounds overweight, to be exact. But what really got his attention was when the doctor told him he had type 2 diabetes.

Type 2 diabetes is usually a byproduct of obesity; extra fat on the body makes it hard for your system to produce enough insulin to keep blood sugar levels at a normal level. It is a reversible condition.

“It was my come-to-Jesus moment,” the rabbi said.

At the time, he was a father of five and knew that he had to do something or his wife would end up a widow and a single parent.

The fear first hit Sommer when he marked the anniversary of his father’s death. That year of mourning was stressful, driving him to become an emotional eater who packed an additional 30 pounds onto his already heavy frame. His father had been a chronically stressed smoker with type 2 diabetes, and Sommer knew he was following in his father’s footsteps. Yet he was in denial about it until that doctor’s appointment.

The doctor told him that he had to lose weight and that he would have to prick himself every day to check his blood sugar.

Squeamish about blood, he knew “that was not going to happen.”

So in June 2007, he bought a stationary bike and started pedaling while watching episodes of the TV show “24.” He started riding it for an hour a day. If each episode’s cliffhanger was good enough to hook him to the next episode, he’d keep going for as long as he was watching.

He also changed what he was eating.

“Little by little, I started to cut out everything bad for me,” recalled Sommer, of Passaic, New Jersey. He stopped eating desserts and started eating fruits and vegetables. Then he cut out processed sugar.

He had dieted before but never successfully. This time was different: He was seeing results, so he stuck to it. He was still eating three meals a day but choosing his love of life over his love of food.

Sommer spent the summer of 2007 working in a camp. He walked everywhere, which allowed him to shed a noticeable amount of weight.

One morning, he told his wife he wanted to run a marathon. The very next day, he was approached by someone offering a training program for a race that was four months away. Certain it was meant to be, he registered to run the half-marathon.

Looking back, he concedes he might have been a little delusional to think he could run a half-marathon simply because he had been riding a stationary bike and had lost a little weight.

“When I started to run, I just had to run for one minute, and I was out of breath. I wondered, what did I just get myself into?”

But he forged ahead and noticed the weight was coming off faster, at a rate of about 2½ pounds per week. He signed up for a 5K race before the half-marathon and finished. What’s more, he realized he liked running, not only because it helped him lose weight but because it was a stress reliever.

“I love the freedom to be out there and think about what’s going on, what’s important for me.”

By the time he ran that half-marathon, Sommer had lost about 75 pounds. He was sleeping better, had more energy to play with his children and was more productive at work. Almost immediately, he signed up for another one. Then he signed up for a full marathon.

He ran the 26.2-mile race in January 2008. By May 2008, he had reached his goal weight of 150 pounds. Now, marathons are his love. Running has also become a family affair; five of his eight children have run with him at various races.

He says he used to joke that he traded an eating addiction for a running addiction, but there is some truth to it. Running used to define him. Nothing stopped him from pounding the pavement, be it a storm outside or a storm of a different sort brewing at home.

Now, when he’s training for a race, he runs 20 to 40 miles a week and says that’s the right balance for his health and his family. When he’s not training, he cuts back on his mileage.

When it comes to food, his key is planning. He decides what he is going to eat before he comes to the table and walks away after he has it, whether he feels full or not. He asks himself why he is eating, to figure out whether he is really hungry or just eating for enjoyment.

The strategy has worked: He’s lost 100 pounds since that doctor’s appointment in 2007 and kept it off.

He’s wearing clothes he says he never could have imagined he’d fit into; his waist is the size it was when he was in seventh grade. Although the physical results are nice, Sommer says there is also a psychological and emotional lift, too. He feels much more in control of his life.

People often ask him for a magic way to melt away the pounds. He advises them to exercise three to four times a week and change their eating habits. Anyone can do it, he says.

“You have to be honest with yourself. If you love eating and that’s more important than losing weight, then eat.”