Hattiesburg, MS. – A routine fraternity prank resulted in the death of two flamingos and a handful of charges.

Last Tuesday, the prank started like any other. The pledges were asked to break into the Hattiesburg Zoo and take a picture with a swan. However, things quickly turned ugly when Nottis decided he wanted to kidnap a Chilean pink flamingo instead.

According to zoo officials, the freshmen climbed a 10 ft. fence and threw his T-shirt over the animal.

He then brought the bird to the fraternity house for expected praise, but instead received orders to take the bird away.

In an act of defiance, Nottis dropped the bird off on a nearby bicycle trail.

According to police reports, at around 8:30 a.m., police responded to call about a “pink flamingo on the side of the road.”

When officers arrived on the scene, they found that the flamingo was severely wounded. She was unable to move and one of her legs was broken. Due to the extent of her injuries, the bird was euthanized.

The Executive Director of the Hattiesburg Convention Commission, Richard Taylor said that in the aftermath of the incident, zoo officials realized that the mate of stolen flamingo was acting strange. He was reportedly excluding himself from the other flamingos and had abrasions on his body. The bird later died.

Zoo officials found that the male mate suffered from internal damage consistent with blunt force trauma, according to Taylor.

They suspect that the bird was trying to protect his mate when he sustained his injuries.

That same Tuesday, the zoo posted a surveillance video to their Facebook page, asking for help to track the suspects.

Nottis posted a shirtless video to the social media app Snapchat, bragging about his crime. In the video he rapped, “went to the zoo” and “took the flamingo and took it back to the house.”

Nottis was arrested and charged with grand larceny and nine other suspects are being investigated for conspiracy, according to the Hattiesburg Police.

Nottis is not allowed on campus except for university judicial proceedings. Otherwise, he is trespassing.

The university also issued a statement saying that the fraternity is indefinitely suspended. 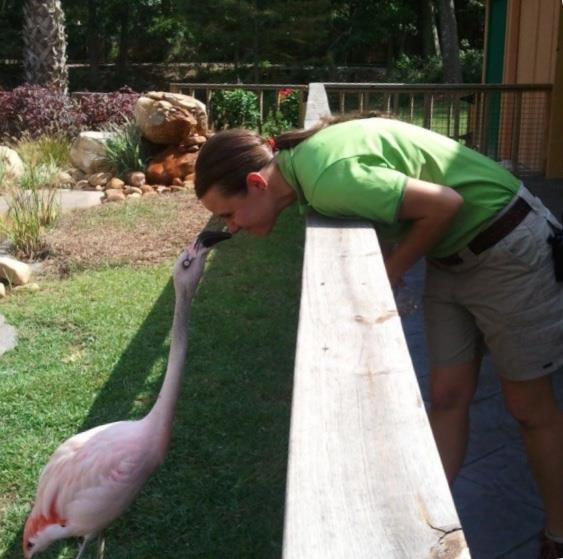