Moyock, NC - A man is dead after witnesses say he lit a bale of hay on fire on the back of his truck and then drove the vehicle into the building of the Twiford's Law Firm on Friday, October 17th.

This happened at 111 Currituck Commercial Drive in Moyock.  At 5:30 p.m. the sheriff received a call about the incident. They say the man was driving a gold pickup truck and was seen driving around the area a while before the fire.

Witnesses say the man was circling around the complex and waited until the last employee walked out. A man walking outside of the law office saw the man drive up in the truck and hit the building.

The man has been identified as 56-year-old Alan Boyd Lanier of Amelia Court House, Va.

"It`s very unnerving," says Edward O'Neal, an attorney at Twiford Law Office. "He got out of the truck in that parking lot and went back and lit the bales of hay that were in the back of that truck and they were flaming. The truck was fully engulfed and he got back in it and drove it into the building. It almost went completely through the building."

"We affect a lot of people in high stress environments and so it`s hard to imagine someone would be that distraught so we`re just trying to get to the bottom of what happened," O'Neal says.

They are calling this case an arson/suicide. 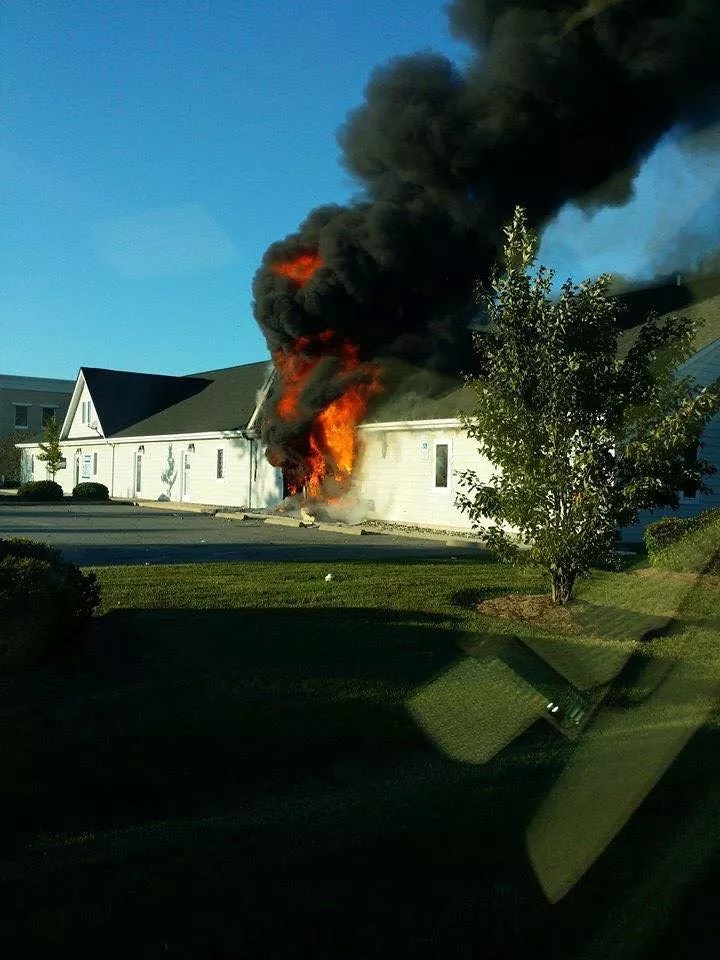