The crew of the guided missile destroyer with more than 300 sailors came home following an eight-month deployment.

In September, the ship helped carry out the first airstrikes against Islamic State terror groups in Syria.

The USS Arleigh Burke and the USS Philippine Sea fired 47 Tomahawk missiles in the early morning hours of September 23, 2014.

"When the President needs something, he has multiple tools at his disposal. The Arleigh Burke is just one of those tools. So he called and we answered that call," Commanding Officer Camille Flaherty said Friday.

Lisa and Michael Beverly of Suffolk were waiting pier side for their daughter to return on the Arleigh Burke.

"When I first heard about it, I got a little nervous and I told Mike – her ship is out there and I hope nothing goes wrong. But nothing went wrong – so they came back and I’m just waiting for my baby to get off that ship," Lisa Beverly told NewsChannel 3's Todd Corillo.

While the ship may have been among the first to launch strikes, Friday was about firsts of another kind.

The first hug between a mother and daughter after months apart.

The first time a sailor sees his child born during the deployment.

"Before we left, I told the families my number one goal was to bring everyone home safely and today I’ve fulfilled that goal. Man what a great day," Commander Flaherty said.

NewsChannel 3's Todd Corillo will have more on the happy homecoming coming up on NewsChannel 3 First at Four. 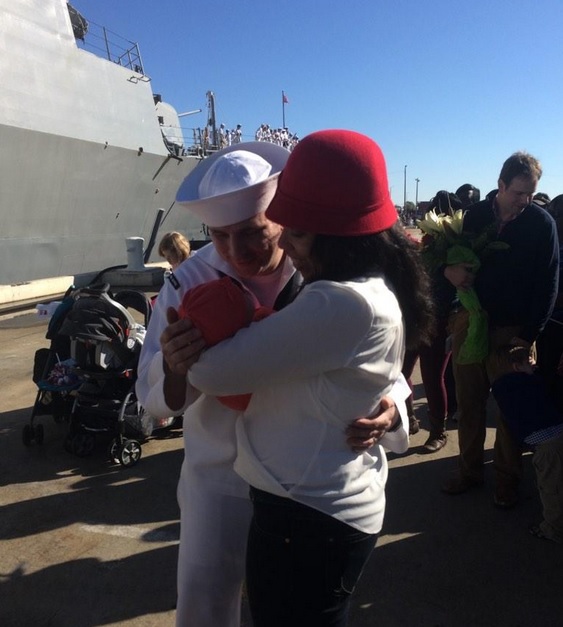