Woman arrested after becoming trapped in chimney of ex-boyfriend

Thousand Oaks, CA (KTLA) — A woman accused of illegally entering the Thousand Oaks home of a man she went on multiple dates with was arrested Sunday after firefighters used jackhammers to partially dismantle a brick chimney she had become trapped inside.

Deputies responded to a home in the 1900 block of Woodside Drive at 5:45 a.m. after a caller reported that the woman had been stuck in the chimney, about 8 feet from the top, for two hours, said Capt. Renee Ferguson of the Ventura County Sheriff’s Department.

The county Fire Department’s urban search and rescue team was called to the scene. Photos posted on Twitter by the department showed firefighters on the roof of the house as they worked to reach the woman, who was conscious during the rescue.

The flue was lubricated with dish soap before she was lifted out of the chimney, placed in a stokes basket and hoisted from the roof by a ladder truck, according to VCFD Capt. Mike Lindbery.

The woman, whose “intent was unclear,” was known by the homeowner, the Sheriff’s Department said.

She was extricated by 8:22 a.m. and transported to Los Robles Hospital & Medical Center for evaluation, according to the Fire Department. Her condition was not immediately known.

She was later identified as Genoveva Nunez-Figueroa, a 30-year-old Thousand Oaks resident, and arrested for allegedly illegally entering a residence and providing false information to a peace officer, the VCSD stated in a news release.

The home’s resident, who did not wish to be identified, said he had met Nunez-Figueroa online and they had gone on about six dates.

He cautioned other people about allowing acquaintances into their homes.

“Before you have somebody come in your house really check them out … really give it some time before you let somebody in, because they might want to stay,” he told KTLA. 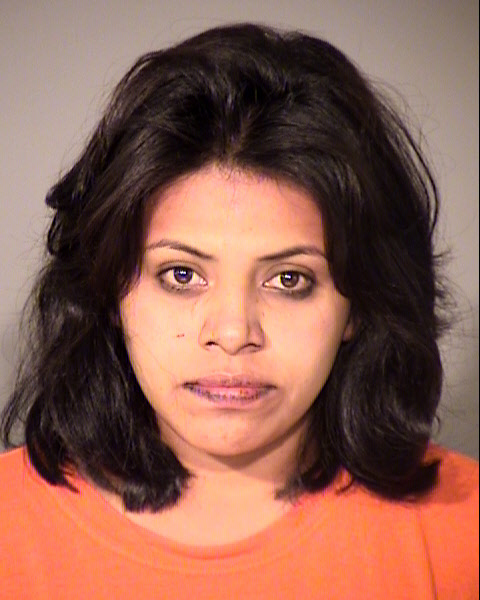