A rehabilitated adult Bald Eagle was released by the Wildlife Center of Virginia at Kiptopeke State Park on Thursday afternoon.

The eagle was found face-down in a field on September 17 in Accomack County. It received treatment from a local wildlife rehabilitator before being transported to the Wildlife Center on September 18.

At the Wildlife Center, the eagle received a complete physical examination, including radiographs and bloodwork. It also received additional fluids and antibiotics.

After being exercised by veterinary and rehabilitation staff for several weeks, it was determined that the eagle is able to fly well enough to be returned to the wild. 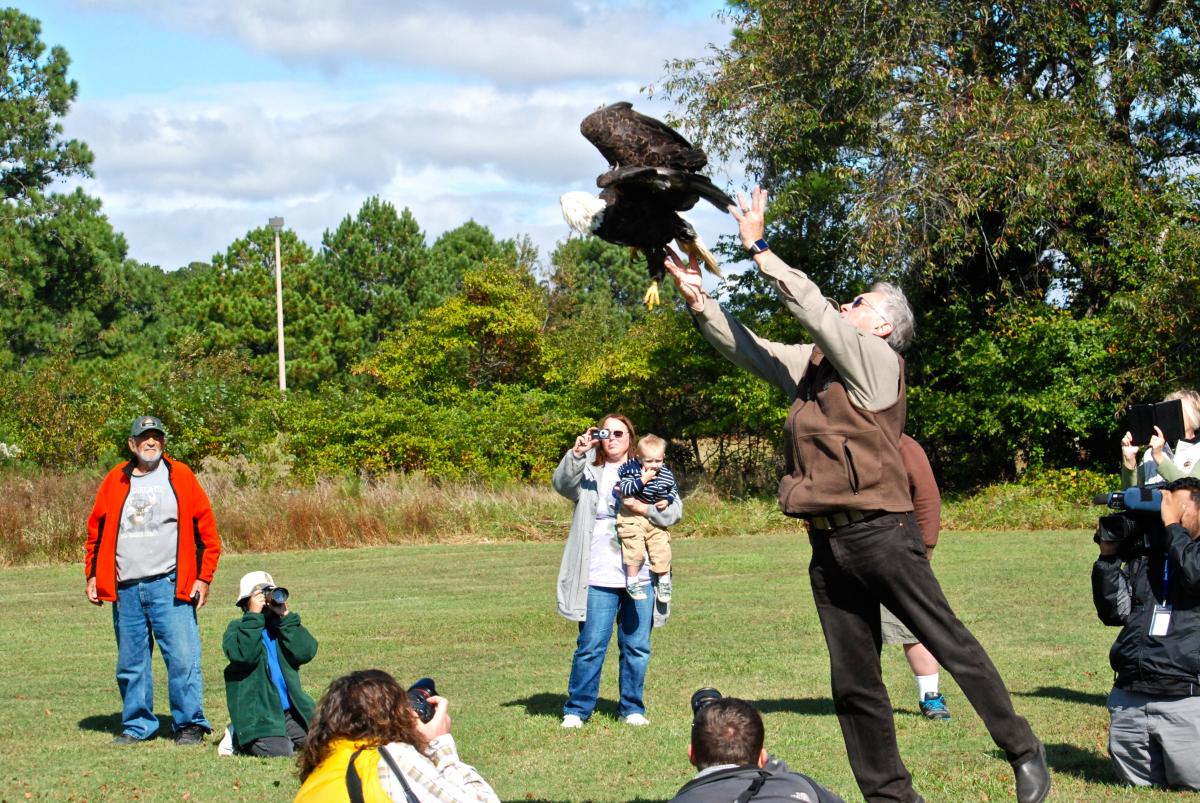