The F-35C Lightning II is the Navy's variant of the Joint Strike Fighter.

Three variants of the fighter are being developed for the Navy, Marine Corps and Air Force.

Tuesday's visit was designed to give aviators and maintainers an up-close look at what's coming.

"This is really an opportunity for the fleet aviators, maintainers, the guys that really make this effort go to get them an introduction to this unique war fighting capability," explained Captain Scott Anderson, Joint Strike Fighter F-35C Requirements Officer.

"Really targeting the young generation. Get them excited about the airplane, the capabilities that this will bring to the fleet. Guys like myself will be retired or close to it by the time we see it in force out in the fleet."

The F-35C will eventually replace the Navy's fleet of F/A-18 Hornets and Super Hornets.

Commander John Allison is an F-35C pilot with VFA-101 stationed at Eglin Air Force Base in Florida where the visiting jet is based. 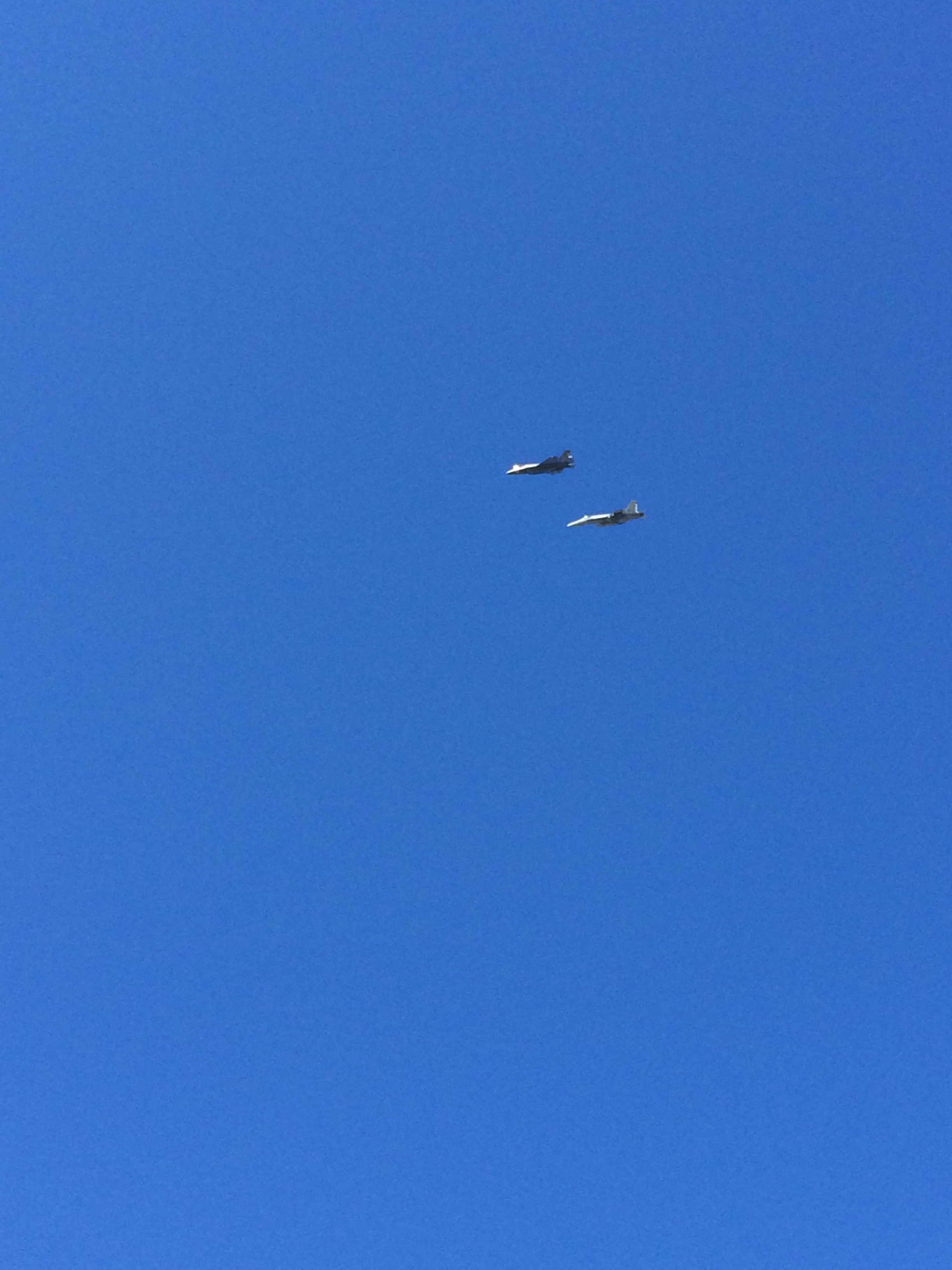 Among the most noticeable changes - the jet is larger than its predecessors and it also has a single-engine.

"It’s a lot of fun. The biggest difference is that you know you’re stealth and the missions systems on board," he said.

The F-35C will face its first test of aircraft carrier arrested landings next week on board the USS Nimitz off the coast of California.

"It’s crucial that this test goes well, that it goes off without a hitch. At the start-up of any program, there’s always hiccups and we are working through those," CDR Allison explained.

An engine fire on the F-35 temporarily grounded the fleet in June.

Capt. Anderson says the root cause of that fire has been identified and a fix has been established.

Earlier this month the Navy announced that the F-35C's West Coast home base will be at Lemoore Naval Air Station in California.

A decision on where the F-35C will be based on East Coast, which could include Virginia Beach or Cherry Point in North Carolina, is still years away.

"Any environmental impact statement will not begin until 2018. As you know that’s a fairly lengthy process, so we wouldn’t expect a record decision until the time frame of 2021," Capt Anderson explained.

"We don’t expect that you would have an East Coast base of any kind until 2025," he added.