Hampton, Va. (WTKR) - U.S. Air Force Hospital Langley recently received a germ-zapping robot that has the power to disinfect a room from bacteria and viruses within minutes.

Saul can kill a single strand of ribonucleic acid, just like those in viruses similar to Ebola, from six feet out in any direction within five minutes at an efficiency rate of 99.9 percent.

A surgical team at the hospital recently trained to use the robot and it will be used throughout the hospital in the coming weeks as a preventative measure.

"Our intention is to continually use him throughout the facility to combat some of the hospital acquired infections that are true threats to our patients and others," explained Lt. Col. Kara Gormont, Commander of the 633rd Medical Support Squadron.

Adding Saul to the team at Langley was already in the works, but the Ebola outbreak accelerated his arrival.

"We knew what his capability was just in case we did have any patients with Ebola, so we went ahead and sped up that procurement process," Lt. Col. Gormont added.

Langley is just the second military hospital within the Department of Defense system to get one of the germ-zapping robots. 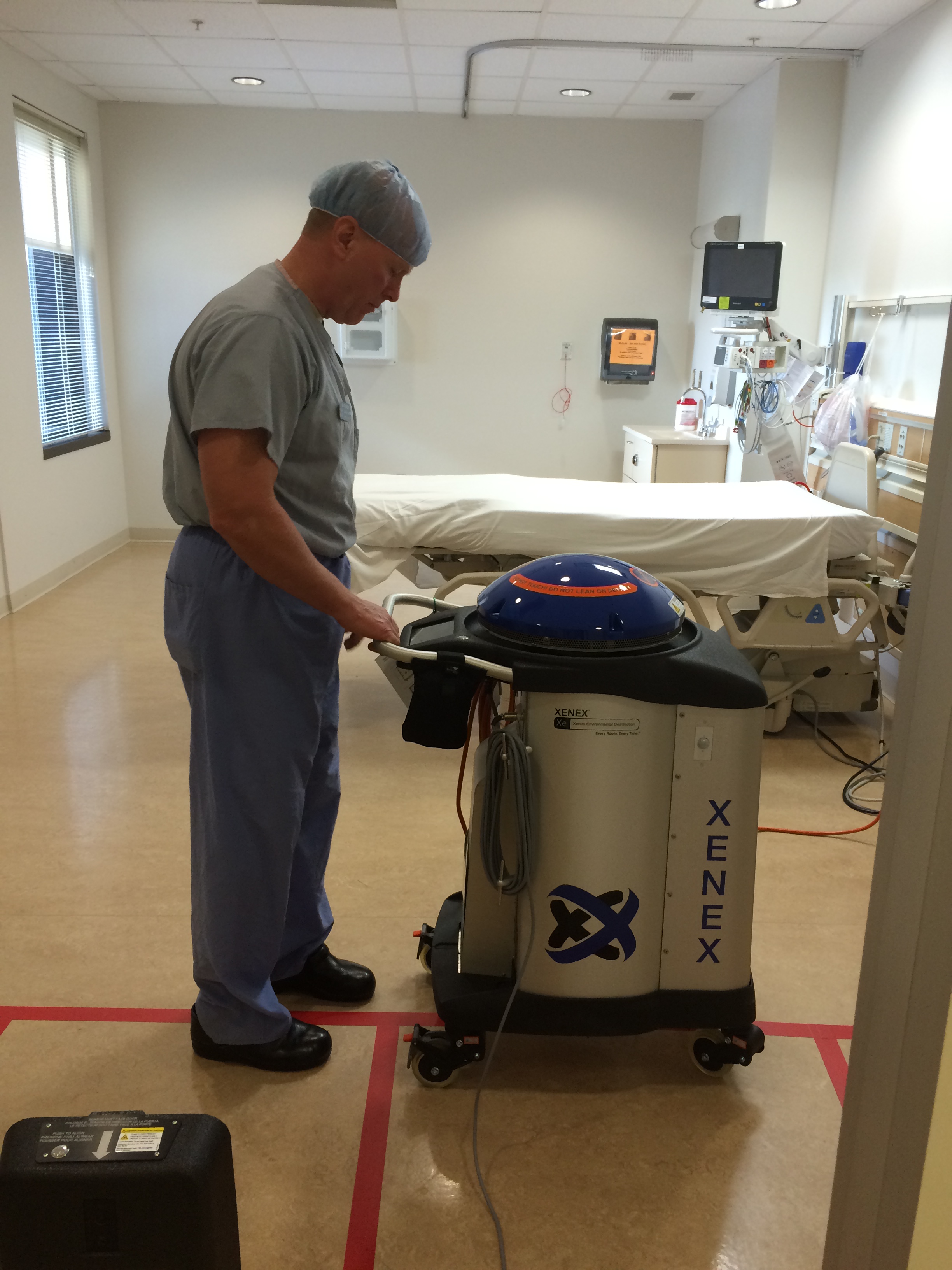