High winds and rough waves on Lake Michigan caused a Halloween attraction at Chicago’s Navy Pier to shut down on Friday after it began taking on water.

The Coast Guard was called to help secure the “Zombie Containment Haunted House” barge and prevent it from drifting away or sinking further.

Unfortunately, however, it looks like some of the attraction’s resident zombies didn’t survive the event.

A Reddit user posted a gallery of images to the site on Sunday showing a Coast Guard “zombie rescue.” 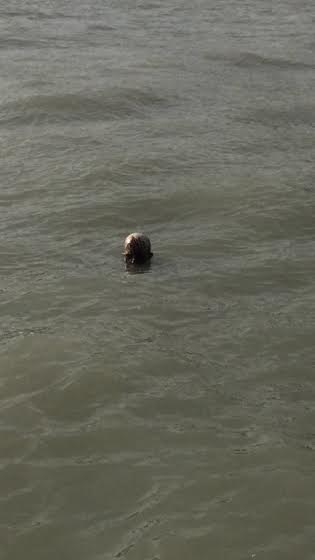 On Wednesday, divers were in the water to help pull out 10 large containers that made up the haunted house, according to WGN-TV. Workers were spotted pulling even more zombies from the water.

Owner John LaFlamboy says it cost hundreds of thousands of dollars. “So to watch it sink was very heartbreaking for a lot of us,” he says.

He also says there are about 50 zombies and only a handful have been recovered, which could lead to some interesting work for the Coast Guard next Spring.