Crooners bring soothing sounds and the soul to Hampton Coliseum 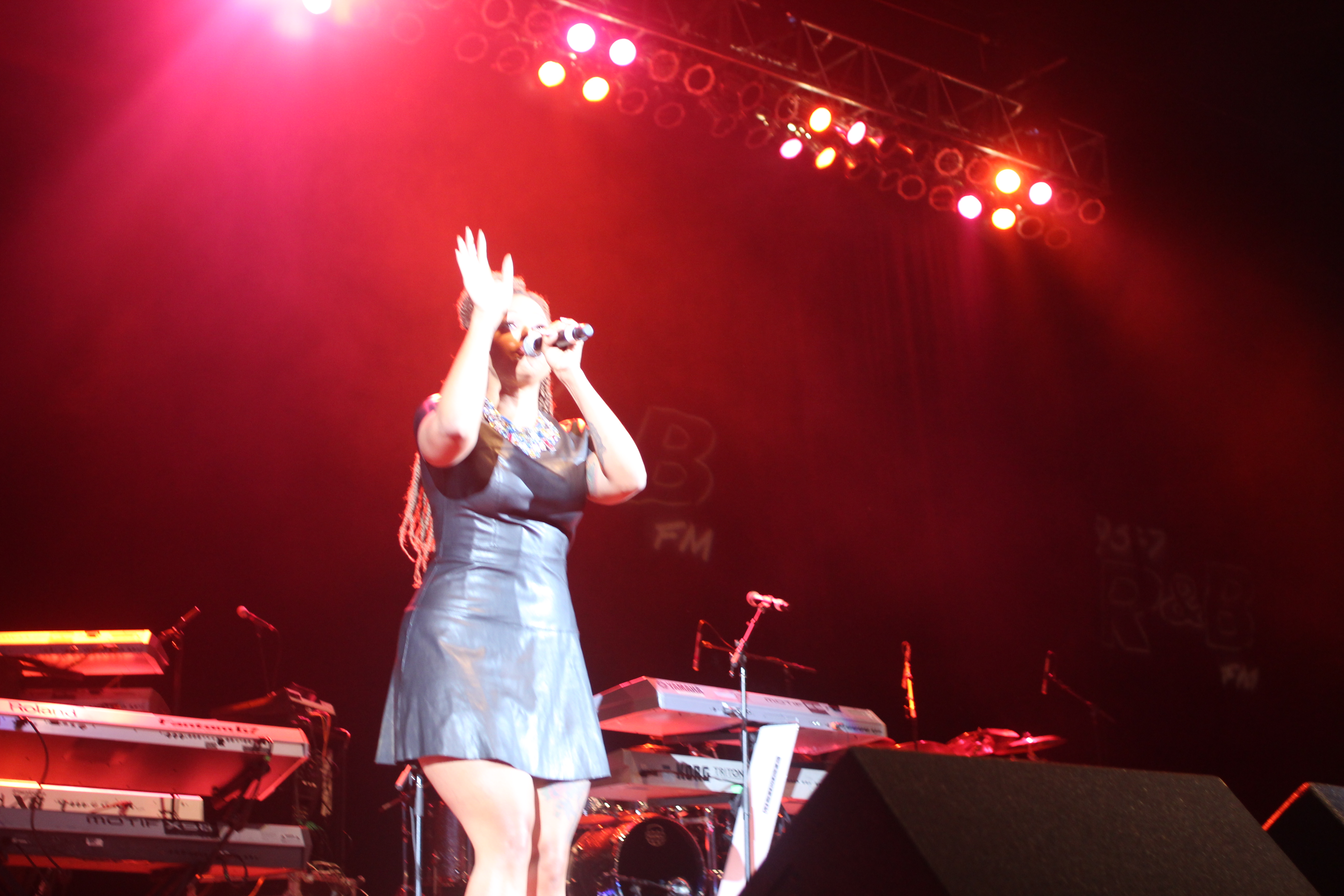 Hampton, Va. – It was a night to remember for hundreds of soul music fans in Hampton on Saturday night as R & B artists from the old school and new school joined forces for 95.7’s Soul Music Festival at the Hampton Coliseum.

Chrisette Michele was the opening act and performed some of her popular hits including “If I Have My Way,” and “Couple of Forevers.”

Next to grace the stage was the band Mint Condition who had audience members on their feet with the beautiful combination of their live instruments and lead singer Stokley’s amazing vocals.  They took fans back to the 90s with “Pretty Brown Eyes,” and “What Kind of Man Would I Be.”

Audience members were in for a real treat when the legendary Stephanie Mills took control of the mic. She certainly did not disappoint as she took fans on a trip down memory lane with classics including “What cha gonna do with my lovin,” “Love on Top,” and “Home.”

Finally, the Whispers, decked out in all blue, lit up the stage and rocked the house with “Rock Steady” and “Keep on Loving Me.”