New anonymous app may be another avenue for cyberbullying

Yik Yak was intended to be a place for student unity, without fears of being judged, but has instead gained a reputation as a problem app.

The app first launched in November 2013, and has become a hot commodity on college campuses across the nation.

Yik Yak has gained more than 240,000 users since its release, and its numbers are continuing to skyrocket.

The app was targeted for college campuses. It was created for students by students.

Creators, Brooks Buffington and Tyler Droll formed the app shortly after they graduated from Furman University.

During a chat with San Antonio College students via Skype, Buffington said, “With Yik Yak, it’s democratizing (social media on campus) and giving the voice back to everyone on campus.”

Unfortunately, the app has also become another way for bullies to target their victims on social media, anonymously.

On Tuesday, Palisades Charter High School in Los Angeles was evacuated due to a bomb threat made against the school, using Yik Yak. Nearly 3,000 students and faculty were evacuated.

That’s not the first time, either. In early October, an 18-year-old Towson University freshmen used the app, threatening to carry out a “Virginia Tech part 2.” He was arrested, charged, and set on $100,000 bail.

With Yik Yak in the middle of so much controversy, the company is taking action. They are committed to strictly limiting app use to adults, 18 and older.

According to the Chicago Tribune, Yik Yak agreed to shut down the app in Chicago, while high schools worked to fix the problems created by the app.

The app was made to be a harmless way for students to express themselves and gain strength from their classmates, not an additional outlet for bullies. Students have to remember to use the app responsibly and adhere to the guidelines.

If you see a message that violates the Yik Yak rules, simply report the message. You can also dislike the message by pushing the downward arrow next to the Yak. Once a Yak reaches -5 in ratings, it is automatically deleted from the feed. 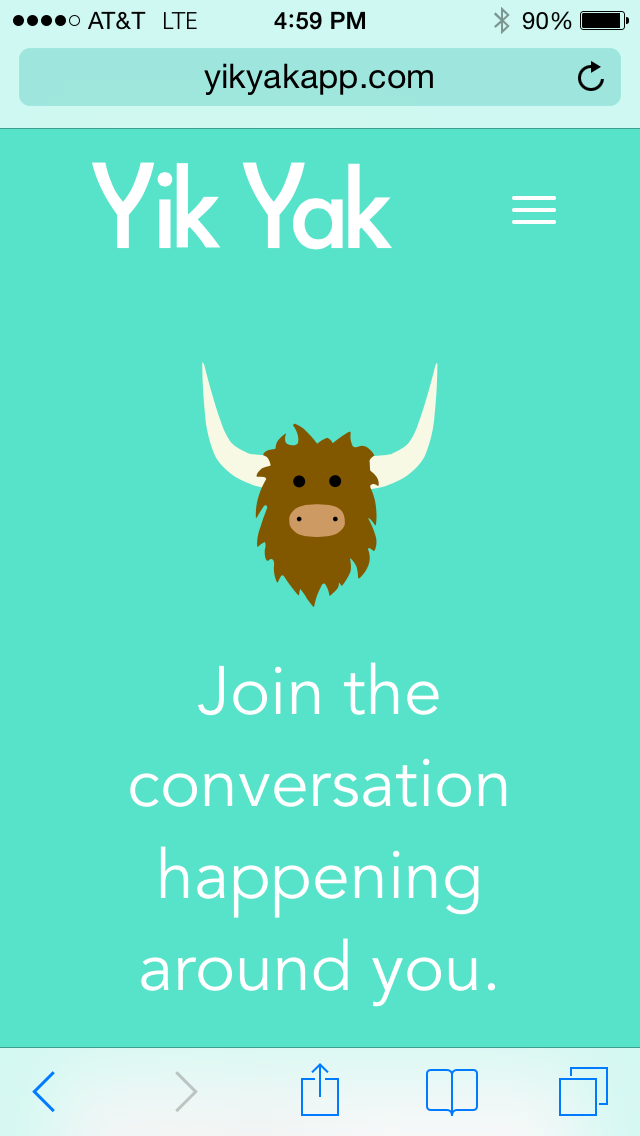