Houston, TX – One woman is choosing to amputate one of her legs but is remaining positive throughout the entire ordeal.

Rebekah DiMartino, 27,  is a survivor.

On April 5, 2013, DiMartino, her then-boyfriend, Pete, and their son, Noah, attended the Boston Marathon. Rebekah and Noah were there to support Pete during the race.

Rebekah didn’t know it, but she stood merely 10 feet away from twin bombs. Her entire family was hurt during the explosions, but Rebekah’s left leg sustained the most extensive damage.

Since the incident, she’s endured 17 operations. She’s had metal plates, rods, and screws put in her leg. She’s even suffered a severe bone infection.

Despite Rebekah’s numerous procedures, she’s unable to save her leg. However, DiMartino isn’t looking at the downside. She’s remaining optimistic, instead.

Rebekah is looking forward to the next chapter in her life without her leg.

On October 21, 2014, she posted a status on her Facebook page that stated, “On Friday I will finally get to schedule my amputation. I feel like a little kid on Christmas morning. Something wrong in your life? Get rid of what is holding you back!!! And watch out world. Cause you guys ain’t seen nothin yet.”

According to posts by Pete, Rebekah’s surgery was successful. She is currently recovering at Memorial Hermann Katy Hospital.

Rebekah’s Facebook page is flooded with thoughtful comments from all of her supporters. 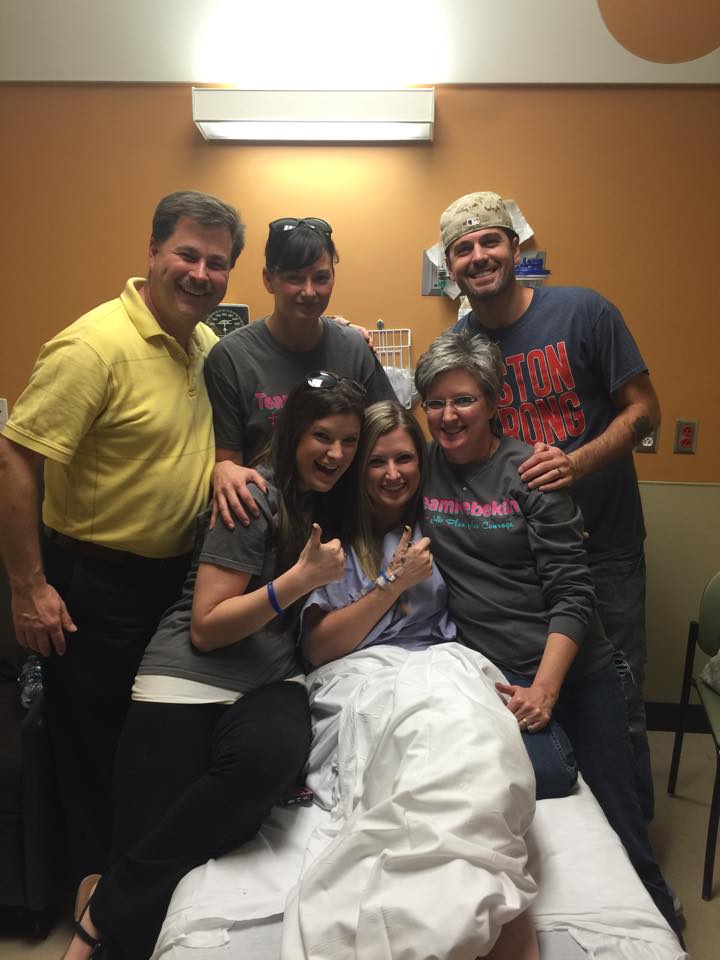