Virginia Beach, Va. - A juvenile whale was euthanized in Virginia Beach after becoming stranded along the Chesapeake Bay.

The 8-foot juvenile male whale was in critical condition, and was euthanized by the Stranding Response Team, according to Joan Barns, Public Relations Manager of the Virginia Aquarium.

The pygmy sperm whale is similar to a sister species, the dwarf sperm whale (Kogia sima). Kogia are species that often strand alive, but have a poor prognosis in
rehabilitation situations, Barns says. They are deep divers and feed on squid and deep water fish species. Officials believe that Kogia are found primarily in offshore waters near or past the continental shelf.

While relatively few Kogia strand in Virginia, they are one of the most common species to strand alive. Of the 48 Kogia that have stranded in Virginia since 1989, 30 stranded alive, Barns tells NewsChannel 3.

The stranding response team conducted an external exam on the whale Tuesday afternoon. On Wednesday, it will be transported to colleagues at University of North Carolina at Wilmington for research being conducted by Ann Pabst Ph.D. and her students. 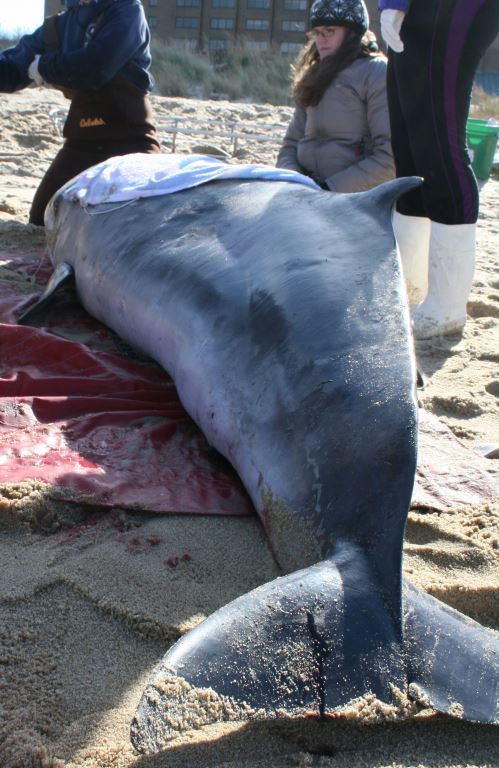