Chesapeake, Va. - Authorities are still working to find out the cause of a fire that destroyed a city warehouse in Chesapeake on Wednesday.

Executive Boulevard in Greenbrier was shut down for hours as crews worked to put out the fire. The warehouse belongs to the public works department for the city and had small equipment, paint and fuel inside.

A city worker first reported the blaze  just after 3 p.m. About 45 firefighters worked to put the fire out.

Nobody was inside of the warehouse when it caught fire. No injuries were reported.

Officials do not know what caused the fire yet, though the contents of the warehouse may have helped fuel the fire. They say it could be several more days before they find an answer.

Firefighters say HAZMAT teams tested both the air quality and water runoff from the hoses and everything was determined to be safe.

Eventually the warehouse will be torn down but they are waiting until they know the cause of the fire before proceeding. 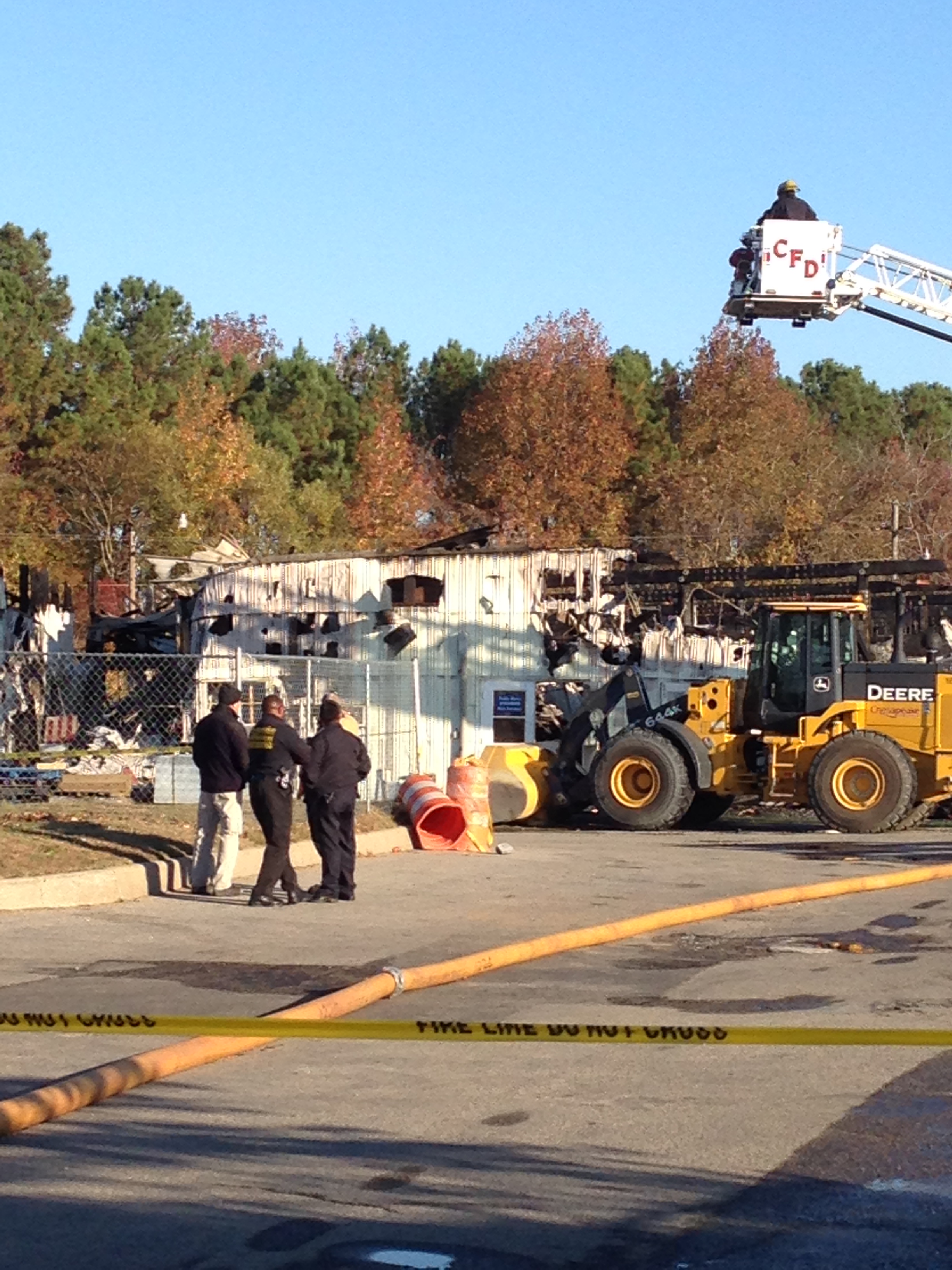