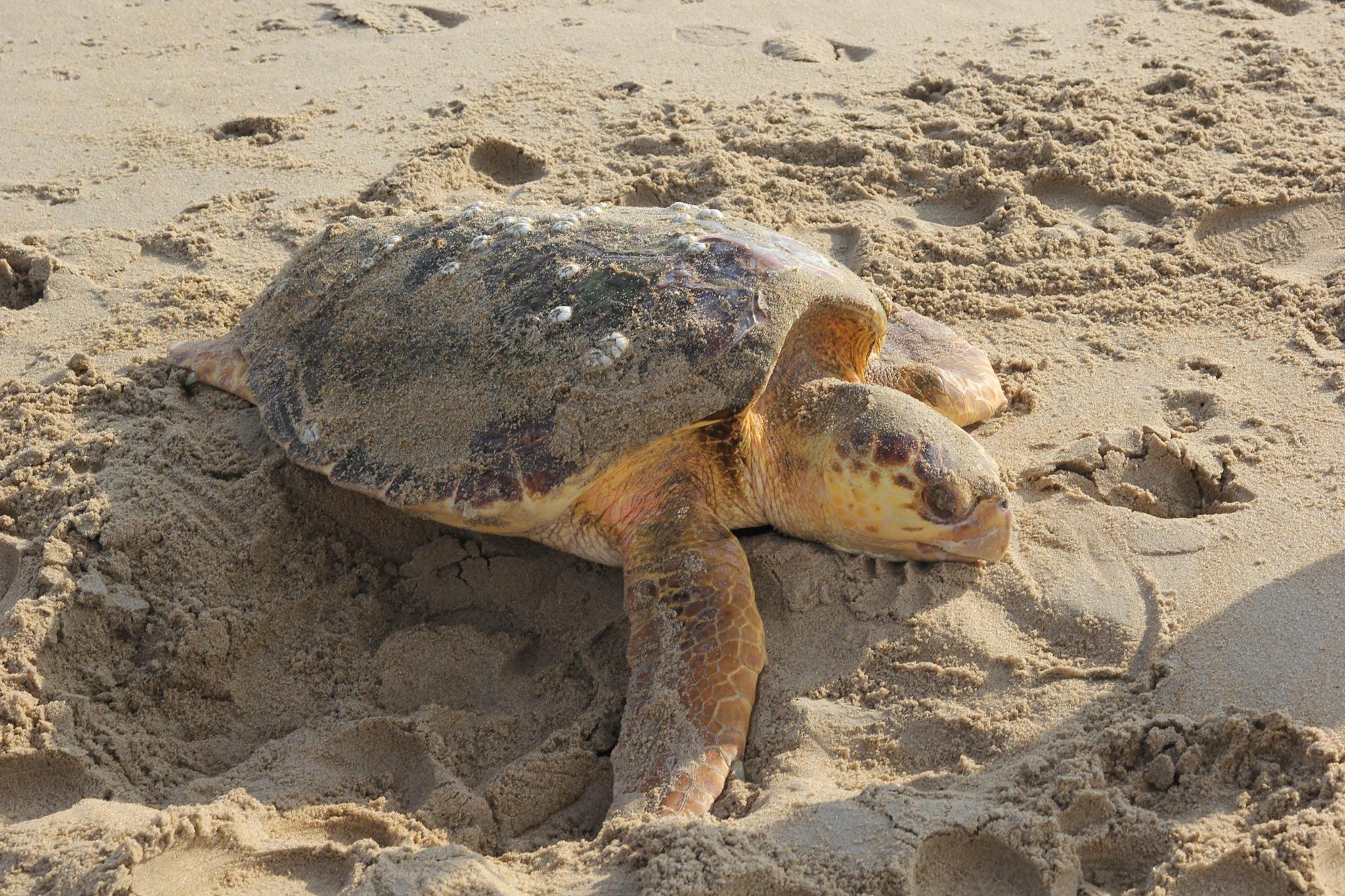 Three loggerhead sea turtles have stranded this week along Virginia’s shores, according to the Virginia Aquarium.

Local citizens spotted the sea turtles and called the Virginia Aquarium Stranding Response Hotline as soon as they were spotted.

Two of the turtles, dubbed “Hot Toddy” and “Apple Cider,” were rescued by the Stranding Response Team and taken to the Aquarium’s Marine Animal Care Center.

The third turtle was located in the Grandview area of Hampton and did not survive. Its probable cause of death is cold stunning.

To prevent future losses of these beloved sea animals, the Stranding Response Team is asking all citizens to be watchful and to call the 24-hour hotline (757 385-7575) if they see any stranded sea turtle no matter its condition.