Norfolk, Va. - A 19-year-old man has been arrested for his involvement in the November 2nd assault that injured three ODU Rugby players.

The incident happened outside of a home on Melrose Street where several members of the Rugby Club had gathered to celebrate Halloween.

ODU rugby team coach Mike Herron told NewsChannel 3 that a group of people who were not a part of ODU or ODU students, tried to get into the party. When they were denied entry, one of the suspects picked up a chair and threw it at the window, shattering it.

ODU rugby players went outside to see what happened, and that’s when they were allegedly attacked by the suspects.

ODU rugby captain Michael Rigual was beat up so badly, his father, Roly Rigual told NewsChannel 3 his jaw was broken, he had blood in his lungs and five teeth were either knocked out or removed.

"Our son is a pretty large male. We figured he was a smart kid and doesn't get into trouble or anything," Roly said. "We figured he can take care of himself and he would be safe, I guess I was wrong."

Roly says his son was transferred from Sentara Norfolk General to a rehabilitation center in Washington DC, but just this week Michael was able to go home.

"My wife and I got through this week, but now we have him at home. We feel like we are on the next phase of this whole process starting to get him recovered as slowly as we can," he added.

Roly says Michael's recovery is going to be a long one. He says Michael requires 24-hour supervision due to some minor cognitive issues from the brain trauma. He says Michael also has about a year of reconstructive surgery ahead of him along with outpatient physical and cognitive therapy three times a week. Michael says he will not be returning back to ODU.

"I obviously don't feel it's safe," he said. 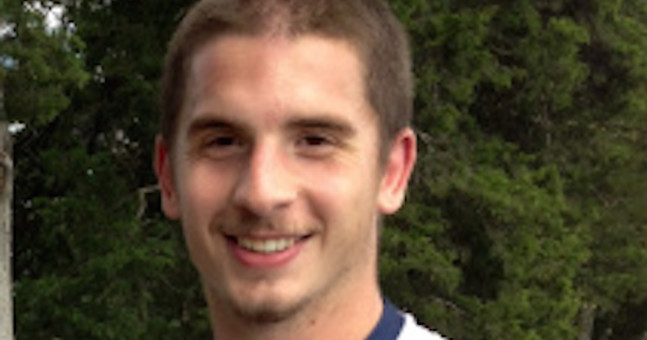 Police say they have not released Slade's mugshot because the investigation is ongoing.

As for off-campus safety, an ODU spokesperson released the following statement Friday:

"Old Dominion University is committed to providing a safe environment for our students. As a result of this incident that occurred at an off-campus residence, Old Dominion and Norfolk police immediately stepped-up patrols in Norfolk to include tactical, K-9 and bike patrol units. The swift action of police in investigating this crime has resulted in one arrest. We condemn this senseless act of violence against a member of our community, and through our partnership with the City of Norfolk, we are taking proactive measures to further enhance off-campus safety."