Can a stallion named Gus save the Corolla Wild Horses from extinction?

Corolla, North Carolina (WTKR) - A young stallion named Gus just might be the key to saving the wild horses that roam the beaches of Corolla.

The genetically-diverse wild stallion from Cedar Island, some 250 miles away, was released into the Corolla herd on Thursday.

"He's the offspring of some Shackelford horses who are the same breed as ours - Colonial Spanish Mustangs. They have far more maternal lines than we do. We are down to one maternal line. Our gene pool is very shallow. We are having birth defects, so Gus is historic," explained Corolla Wild Horse Fund Executive Director Karen McCalpin.

The process to get Gus into the herd has taken years and required approval from the U.S. Fish and Wildlife Service.

It was then analyzed by Dr. Gus Cothran of Texas A&M University who was able to confirm that the horses were Colonial Spanish Mustangs.

After Gus tested negative for Equine Infectious Anemia, staff from the CWHF made the trip to Cedar Island to transport Gus to the north beach in Corolla.

The herd on Cedar Island has been owned and cared for by Woody and Nena Hancock.

"Gus is the first step in turning that headed for extinction situation around. Without the introduction of new genes into the Corolla herd - they would cease to exist. We are already at a genetic bottleneck where we are having consistent birth defects in foals," McCalpin told NewsChannel 3's Todd Corillo on Monday.

"Obviously we are hoping Gus finds some girlfriends and that offspring that he would produce would be the first genetically-diverse offspring here in centuries. We hope if not next year, the year after we're going to see a foal that we know is the beginning of turning around the path to extinction for these horses," she continued.

As she watched Gus idly graze in his new Corolla home on an abnormally warm late-November day, McCalpin couldn't help but be excited.

"Seeing him is probably bigger than winning the lottery for me. People talk about a bucket list and that was certainly on my bucket list. It's just amazing to me that we were able to do this."

McCalpin hopes to be able to return to Cedar Island in the spring to DNA test mares that could be released in Corolla as well. 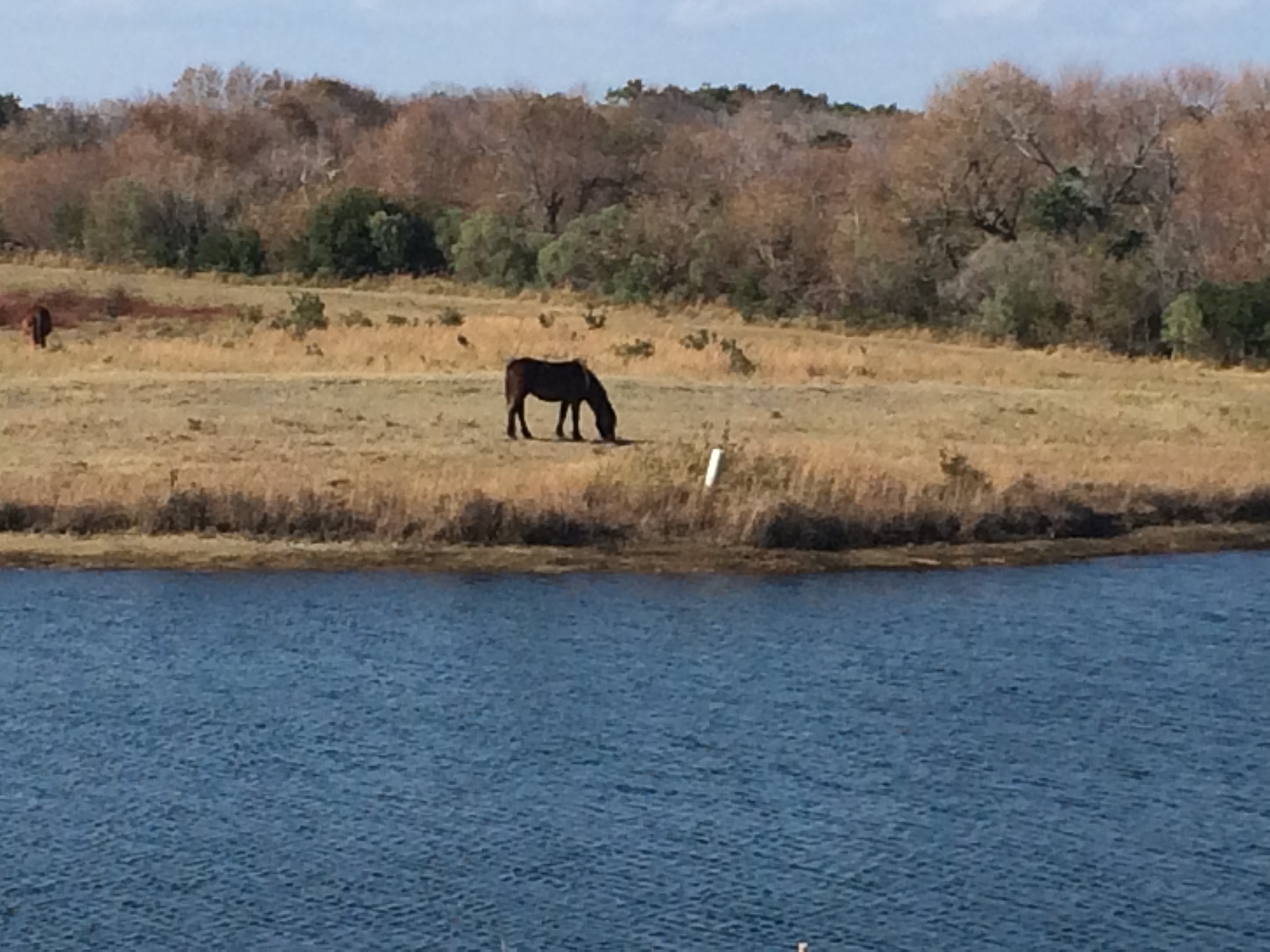