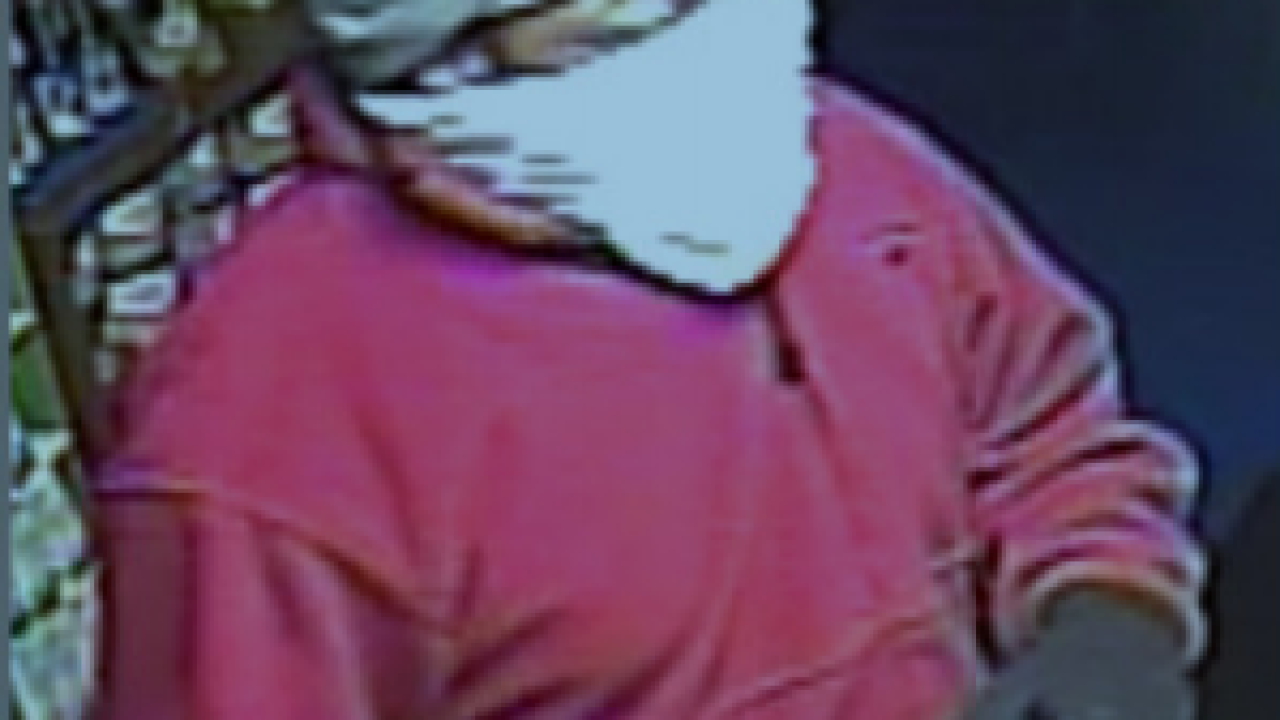 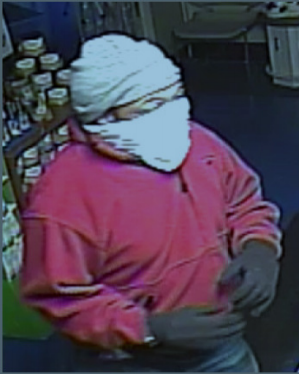 Officers responded to the Hampton Healthmart Pharmacy on December 2nd at 11:29 p.m. in reference to a burglary. The investigation revealed that a man used a rock to shatter the front door glass and gain entry to the store. The man removed prescription drugs and fled the business on foot.

The man was wearing a red fleece pullover jacket, grey skull cap, blue jeans, gloves and a white bandana to conceal his identity.

Early the next morning at 4:10 a.m., officers responded again to the Hampton Healthmart Pharmacy in reference to an alarm activation. Police arrived to find that the plywood that had been used to secure the door from the previous burglary had been removed.

Two people had entered the business and taken prescription drugs before fleeing on foot.

Suspect #1 is described as a white female with blonde hair wearing a black hooded sweatshirt, black pants, black hat, gloves and a white bandana to conceal her identity.

Suspect #2 is described as an African-American male wearing a black hooded sweatshirt (skull pattern on the back), black pants, gloves, ski mask
and carrying a black bag.