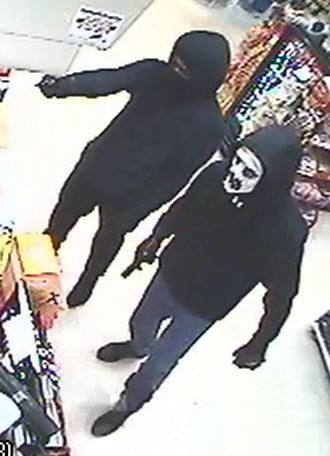 On Thursday, December 11, 2014 at approximately 8:30 p.m., two men entered the Getty Mart located at 401 Green Meadows Drive, both armed with a handgun.

The suspects displayed their weapon and demanded money, police say. After obtaining an undisclosed amount of cash, they ran away from the store heading toward the Chase Arbor Apartments. No injuries were reported.

Tipsters remain anonymous and could be eligible for up to a $1,000 reward if their information leads to an arrest.