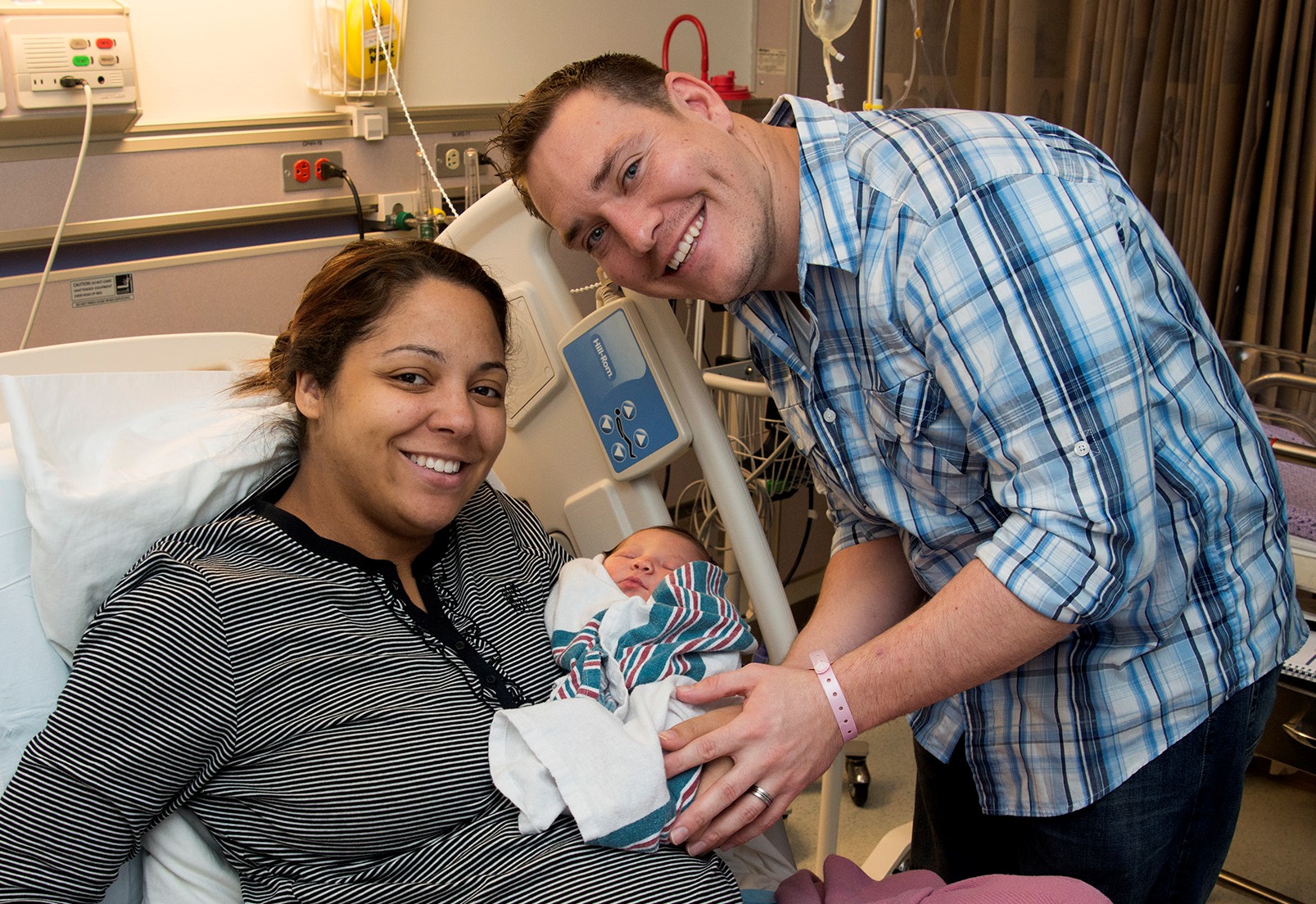 The following information is from Naval Medical Center Portsmouth:

The baby’s due date was Jan. 4, but Olivia couldn’t wait. Elizabeth went into labor early Dec. 31.

The couple had picked out family names early in the pregnancy. The name, Olivia, was chosen after an experience Elizabeth had before they knew the baby’s gender.

“I had a dream about an Olivia. I was chasing a little 2-year-old girl named Livvy; I was calling her Livvy. She had pigtails. And she goes running to (Jason) in uniform at the door – I was yelling after her, ‘Don’t trip and fall,’” Elizabeth said. The dream “was before we knew we were having a girl. I swore we were gonna have a boy. I told (Jason), ‘We can’t not have an Olivia.’”

As the medical center’s first baby of the year, Olivia and her parents received a gift basket from the Oakleaf Club of Tidewater, Virginia. Its president, Tracy Helman, presented the basket filled with onesies, bibs, diapers, baby books, a gift card and other items to the ecstatic couple. Oakleaf Club member JoAnn Moran personalized a towel by cross-stitching “NMCP baby” on it.

Elizabeth was thrilled with the gift as well as the care she’s received at NMCP.

“This is the best care I’ve had in a hospital. My anesthesiologist knew immediately everything to do before I even had to ask,” Elizabeth said. “He made me feel comfortable having a child and just being in the hospital in general.”

Jason, originally from Keyser, West Virginia, said he can’t wait to do everything with little Olivia. Elizabeth, from Jacksonville, Florida, looks forward to taking Olivia four wheelin’ and to the beach.