York County, Va. - Crews responded to a building collapse in York County where five workers were injured, according to the York County Fire Department.

The building, which was under construction, is located in the Nelson’s Grant area on Route 17 next to the Patriot Square Shopping Center.

People nearby said it sounded like a loud boom, and then people started to panic. 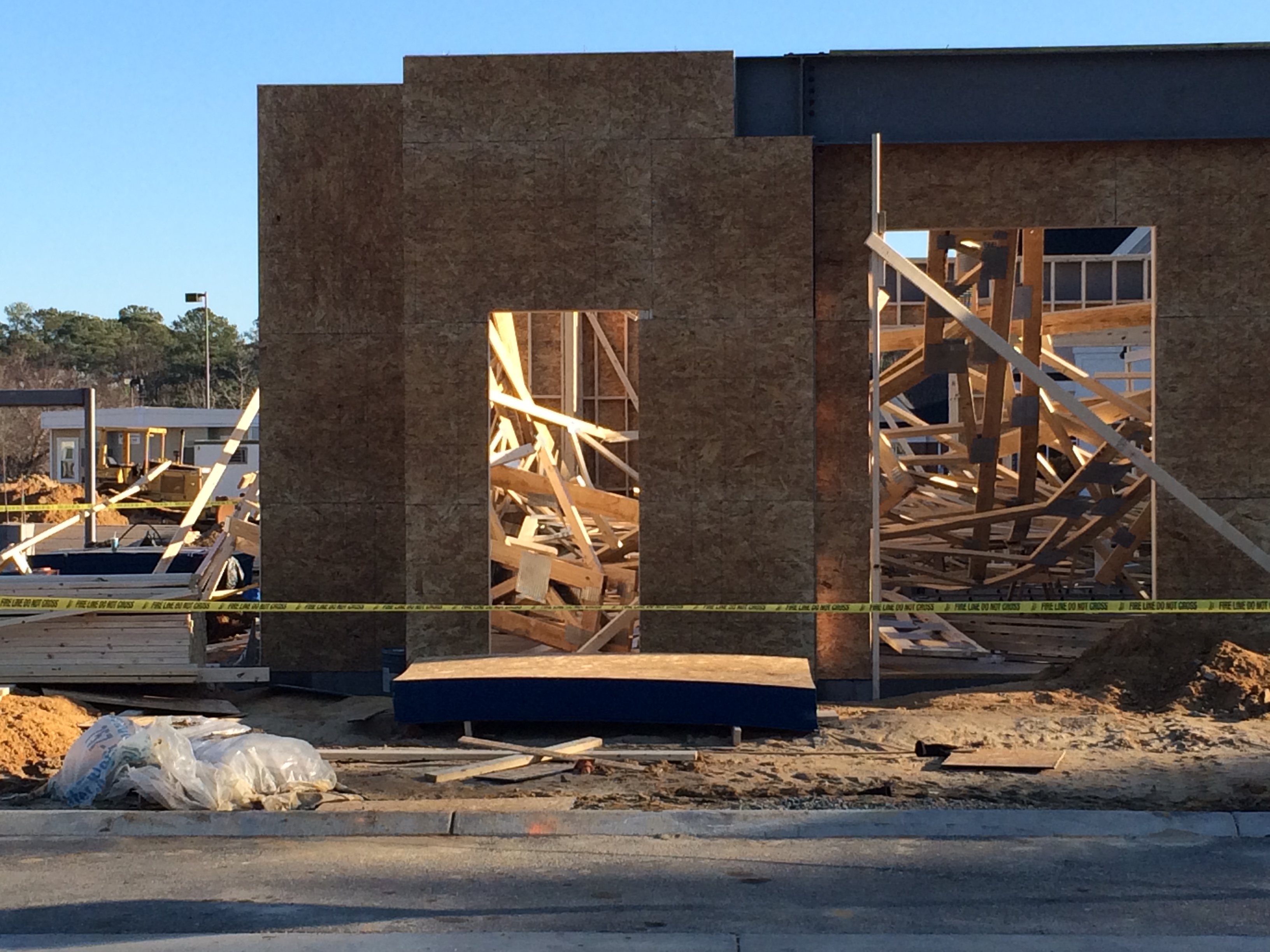 Five workers were transported by ambulance and one was transported by Nightingale emergency helicopter. All of the injuries are non-life threatening, but do range from minor to serious.

OSHA is investigating. The developer of the property doesn't know what caused it. The building will eventually be a restaurant.

They will pick up construction again after officials have done an investigation.