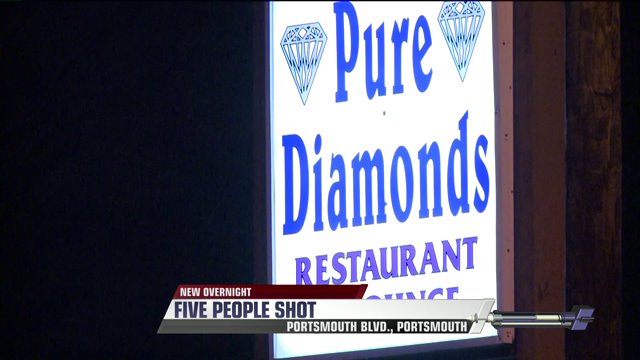 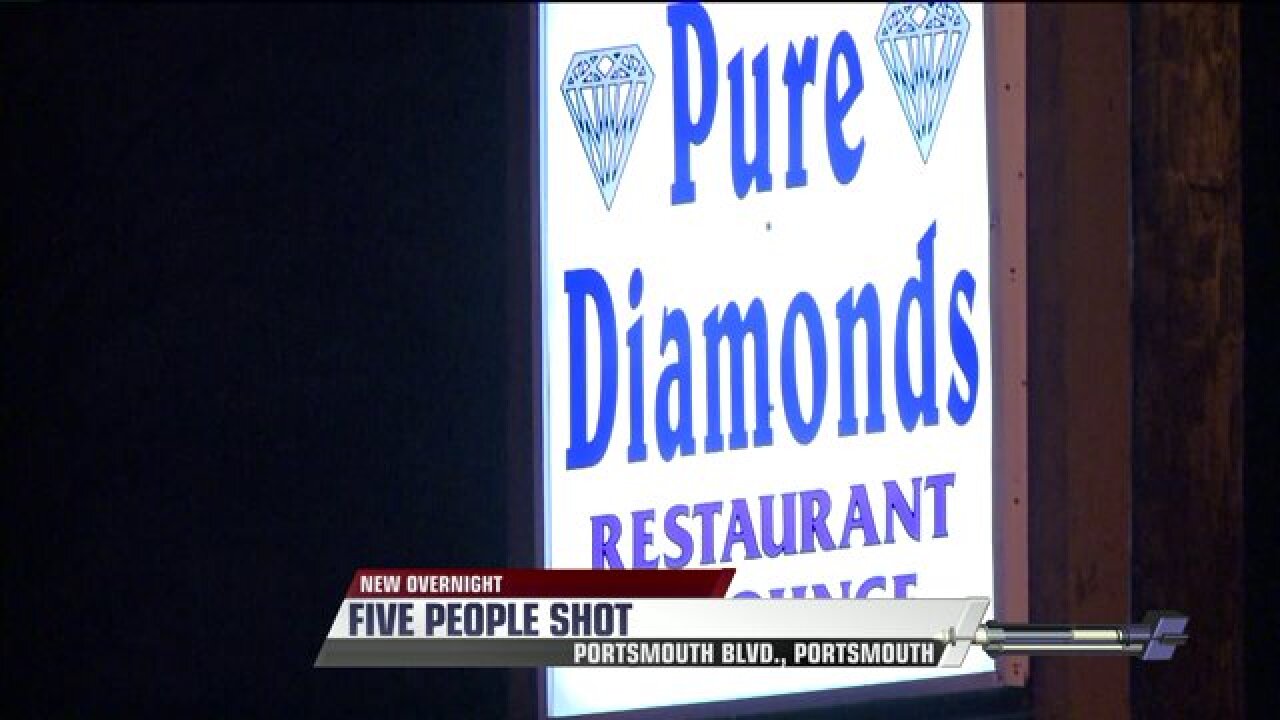 Portsmouth, Va. - Five people were wounded in a shooting at Pure Diamonds Lounge in the 4100 block of Portsmouth Boulevard early Tuesday morning.

Police were called to the lounge around 2:00am for a large crowd and gunshots fired in the parking lot.

Officers were unable to locate any victims on scene and began calling local hospitals.

Two men and a woman were being treated at Maryview Hospital for gunshots wounds. One of those men was transported to Sentara Norfolk General Hospital for further treatment.

Another man later walked into Maryview Hospital with a gunshot wound.

The shooting remains under investigation.

Anyone with information is asked to call the Crime Line at 1-888-Lock-U-Up.