(CNN) — A teen who lands in lockup a few times can get on a police department’s nerves.

But officers have taken a shine to Jamal Rutledge since they arrested him in September in Fort Lauderdale, Florida. He helped save the life of the officer who was booking him. Now, he’s their hero.

Officer Franklin Foulks was filling out Rutledge’s paperwork, as they sat alone in a holding area, where a surveillance camera recorded them.

Rutledge, in cuffs, fidgeted on his seat, and stared at the floor, then he turned around to look through the security fencing behind him. That’s when Foulks keeled over sideways off his stool.

Rutledge turned around to find him on the floor grabbing his chest. The juvenile defendant yelled for help, Fort Lauderdale Police Department said in a statement Tuesday. 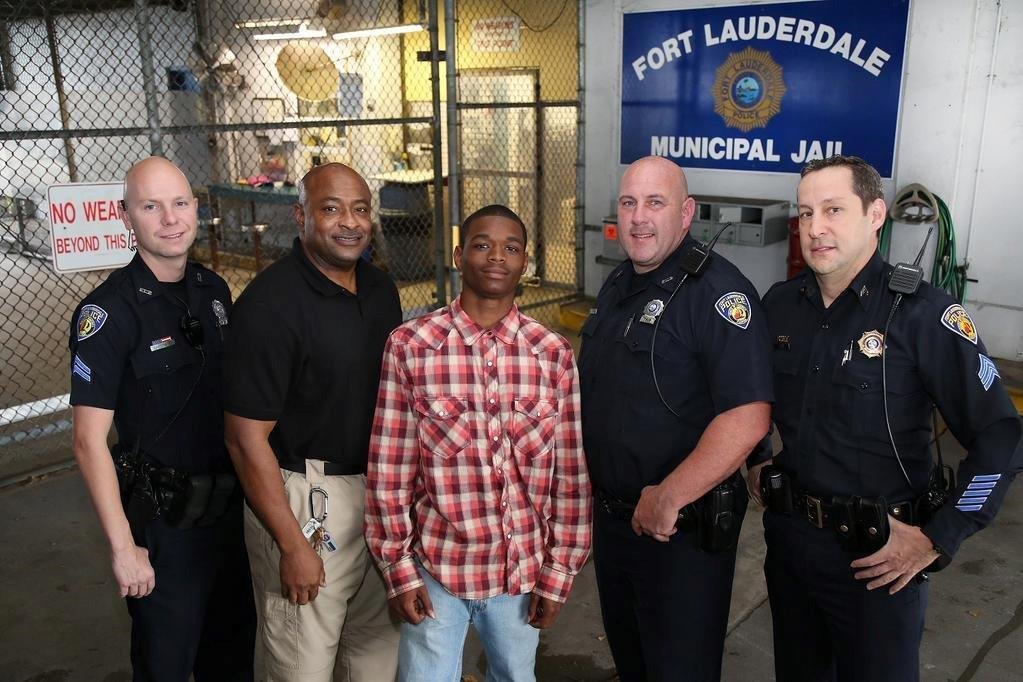 He paced the processing cell and kicked the gate and quickly got other officers’ attention. The officers rushed in, started CPR, called paramedics and gave Foulks a jolt with the defibrillator.

Rutledge was led to another room.

In a press photo, the officers who helped save Foulks lined up in honor of their heroic deed. In the middle was Rutledge in a proud pose. Smiles spread across all their faces.

Next week, the city commission will honor them all in a meeting.

Rutledge was being booked on probation violation and other felony charges when Foulks had the episode, South Florida’s Sun-Sentinel reported, citing detective DeAnna Greenlaw.

Officers have seen a lot of the teen since, Greenlaw said, having arrested him “multiple times.”