UPDATE: One arrest made, one still sought in Hampton Waffle House shooting investigation 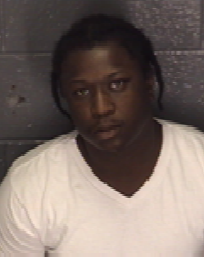 Hampton, Va. – Police in Hampton have made one arrest and are still looking for another man in connection to a shooting that occurred around 2:00 a.m. on January 8th at the Waffle House in the 1800 block of West Mercury Boulevard.

Officers arrived on scene to find a 30-year-old man suffering from gunshot wounds. He was transported to a local hospital for treatment of what appeared to be non-life threatening injuries.

A preliminary investigation revealed the victim was inside the restaurant when he was approached by two men, one of whom shot the victim.

The men then fled in a dark colored Dodge SUV.

After receiving several Crime Line tips from citizens, Hampton Police arrested 23-year-old Charles Marquis Simpson in connection with this incident. He has been charged with one count of malicious wounding, one count of maiming, one count of shooting into an occupied dwelling and two counts of use of a firearm in the commission of a felony.

Another suspect has also been identified — 23-year-old Teron Barnwell of Newport News.  He currently has warrants on file for conspiracy to commit malicious wounding.

Anyone with information that will assist police is asked to call Hampton Police at 727-6111 or the Crime Line at 1-888-LOCK-U-UP.