The burglary happened at the shop located in the 4900 block of George Washington Memorial Highway during the early morning hours of January 15th.

Deputies arrived after a burglar alarm went off and they discovered the suspects got in through a window.

Police say 20 firearms were taken from the store.

Surveillance video shows three men going into the pawn shop, breaking the display, and hitting the cases with a crowbar and baseball bat.  The suspects then took several handguns.

On Tuesday, February 3rd, the Gloucester County Sheriff's Office confirmed that three people had been arrested in connection to this incident.

They have been identified as Avery McKinley Carter, Donavin Leon Carlos, and Patrick O'Neil Cox. They have each been charged with burglary, grand larceny, and larceny with intent to sell.

Avery Carter admitted to investigators he's the man behind the gas mask and according to the court documents, he used his mom Buick as the getaway car.

Gloucester investigators said Carter, Patrick Cox, and Donovan Carlos stole almost two dozen guns from Gloucester Pawn. You might remember this crime was caught on some of the store's dozens of security cameras.

Two weeks after the theft, all three were arrested thanks to people who took action, and came forward with information.

Cox and Carlos were arrested first. Court documents say investigators interviewed witnesses who had spoken with the two men about the theft.

The paperwork shows both Cox and Carlos talked about selling the weapons,

Last week, detectives got another tip,  and stopped the two men while they were driving, according to the criminal complaint.

Inside the car,  the paperwork says one of the stolen guns from Gloucester Pawn.

The documents show Carlos admitted to using the gun earlier that night.

But written in the court files is an odd statement. Cox told investigators he is a sovereign citizen of another nation, and he doesn't recognize our laws.

Three days later -- Carter, the man in the gas mask -- was also arrested.

Police aren't saying how many guns they recovered. Court documents say some of the guns were transported to Richmond, where they were sold.

But as far as how many stolen guns are still on the streets, detectives are being tight-lipped.

The Bureau of Alcohol, Tobacco, Firearms and Explosives (ATF), the Gloucester County Sheriff’s Office, and the National Shooting Sports Foundation

(NSSF) offered a combined reward for information leading to the arrest and conviction of the people responsible for the thefts.

Additionally, Crime Stoppers offers up to $1,000 for information leading to an arrest. The total reward amount totaled $6,000.

There is no word yet on whether anyone will be receiving a reward now that the arrests have been made. 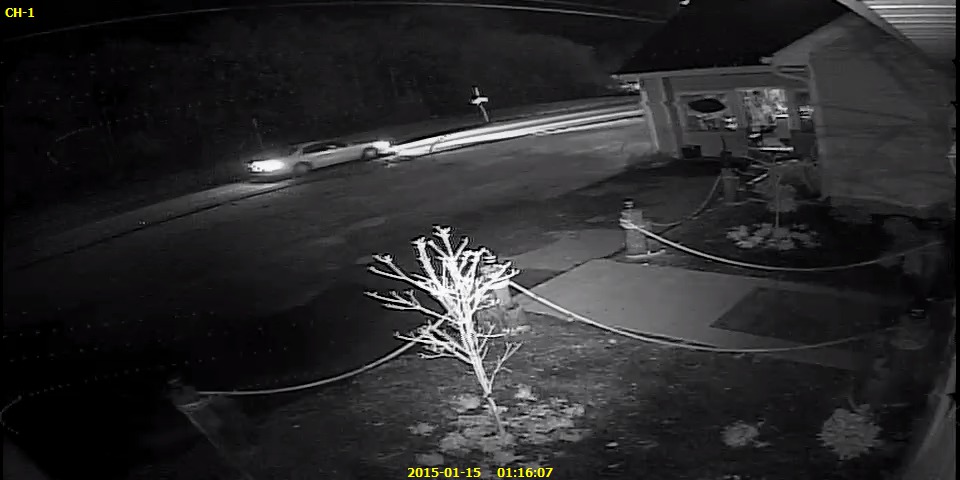