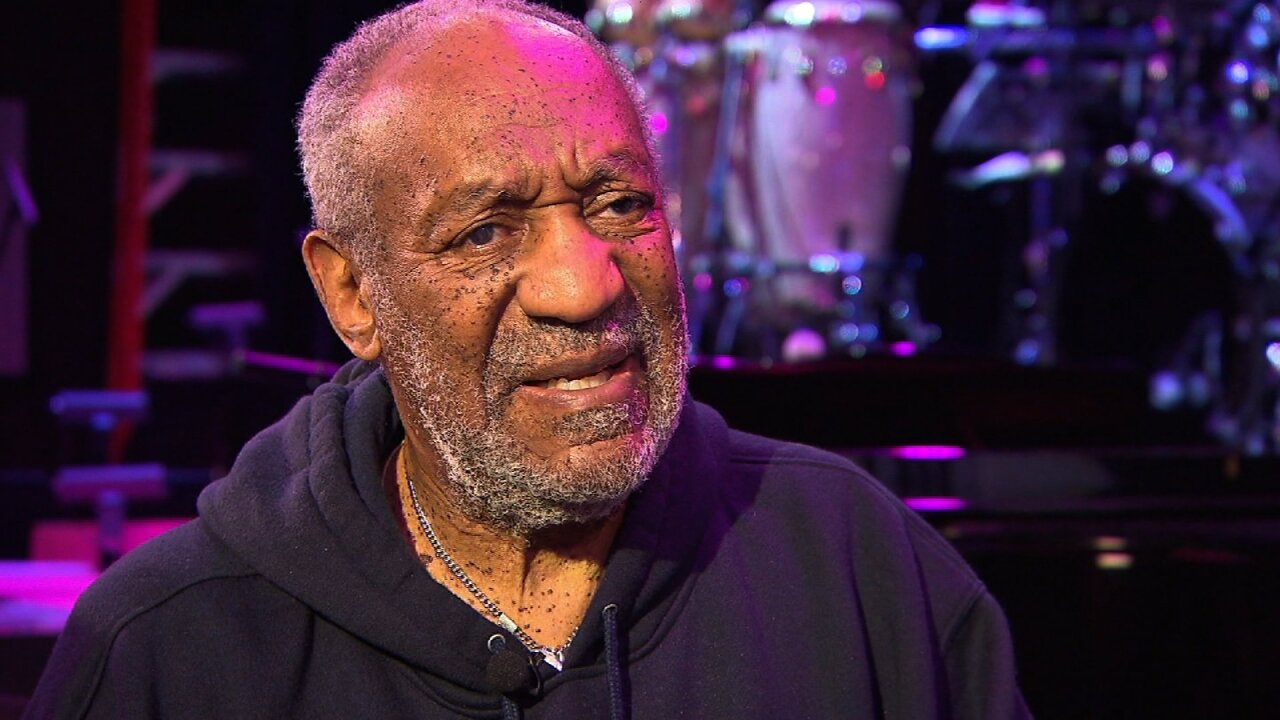 Comedian Bill Cosby appears on CNN’s State of the Union with Candy Crowley on April 15, 2012.

DENVER (CNN) — The show must go on. That was the message Bill Cosby sent Saturday night as the embattled comedian performed back-to-back shows in the Mile High city.

Cosby, 77, was greeted with cheers and a standing ovation as he walked on stage wearing a gray sweatsuit with the words “Hello Friend” written on the front.

Cosby never once mentioned the accusations of sexual assault that have cast a shadow over his reputation and career in recent months, leading to a string of show cancellations in other cities.

“He’s phenomenal. An amazing man,” said Gina Hernandez, who showed up to support the man she grew up watching on TV. “I don’t believe the allegations. I think that it’s strange how everyone came forward all at one time.”

The theater roared with laughter inside, while protesters outside voiced outrage and disapproval.

“This is our city and we do not stand with him. We stand with the women,” Beth Leyba said.

About 50 demonstrators gathered and marched, chanting, “Rape is not a joke” and “Turn back Cosby.”

They held signs that read, “If you support Cosby you support rape” and “Colorado believes the women.”

“I, myself, am a survivor of sexual assault and I just find it sickening that Bill Cosby has been able to get away with this for so many years,” Leyba said.

The group of demonstrators included attorney Gloria Allred, who represents eight of Cosby accusers, including Beth Ferrier, who is from Denver and has previously shared her story with CNN.

“Many people are empowered who are here today, and I’m not going to live in fear of fame and money and power and Bill Cosby. And we’re not going to let this go away and be silent in the face of what we believe is injustice. Those days are long gone,” Allred said.

Earlier Saturday, Allred held what she called a “teach-in” at the nearby Crawford Hotel, to share the stories of Cosby’s accusers and encourage people to speak out against sexual abuse.

About two dozen women have spoken out accusing Cosby of drugging and sexual misconduct that go back decades, in some cases. Cosby has never faced criminal charges. He and his attorneys have repeatedly denied the allegations.

At least three of Cosby’s accusers have filed a federal defamation lawsuit against him, claiming that after they came forward with allegations, they were called liars.

Cosby has no plans to change his performance schedule because of the mounting accusations and protests, according to his PR team.

Promoter AEG did offer refunds to the Denver shows for those who bought tickets early and changed their minds. AEG said “a few” refunds had been issued, but would not provide a specific number.

“I thank you, the theater staff, the event organizers and the Colorado Community for your continued support and coming to experience family, fun entertainment. Hey, Hey, Hey — I’m Far From Finished,” Cosby said in a statement to his fans.