Kokomo, IN (WXIN) — It’s a reunion nearly eight months and more than a thousand miles in the making, as a missing pit bull from Texas is discovered in central Indiana.

One-year-old Blue was dropped off at the Kokomo Humane Society two weeks ago by someone who said she was a stray. But when staff members looked closer, they found the healthy looking pup was micro chipped.

“The chip went back to Texas,” said executive director Karen Wolfe. “Well, we were surprised!”

The chip wasn’t registered, but after some investigating, staff members contacted the Galveston Humane Society which provided them with the name and phone number of Blue’s owner. 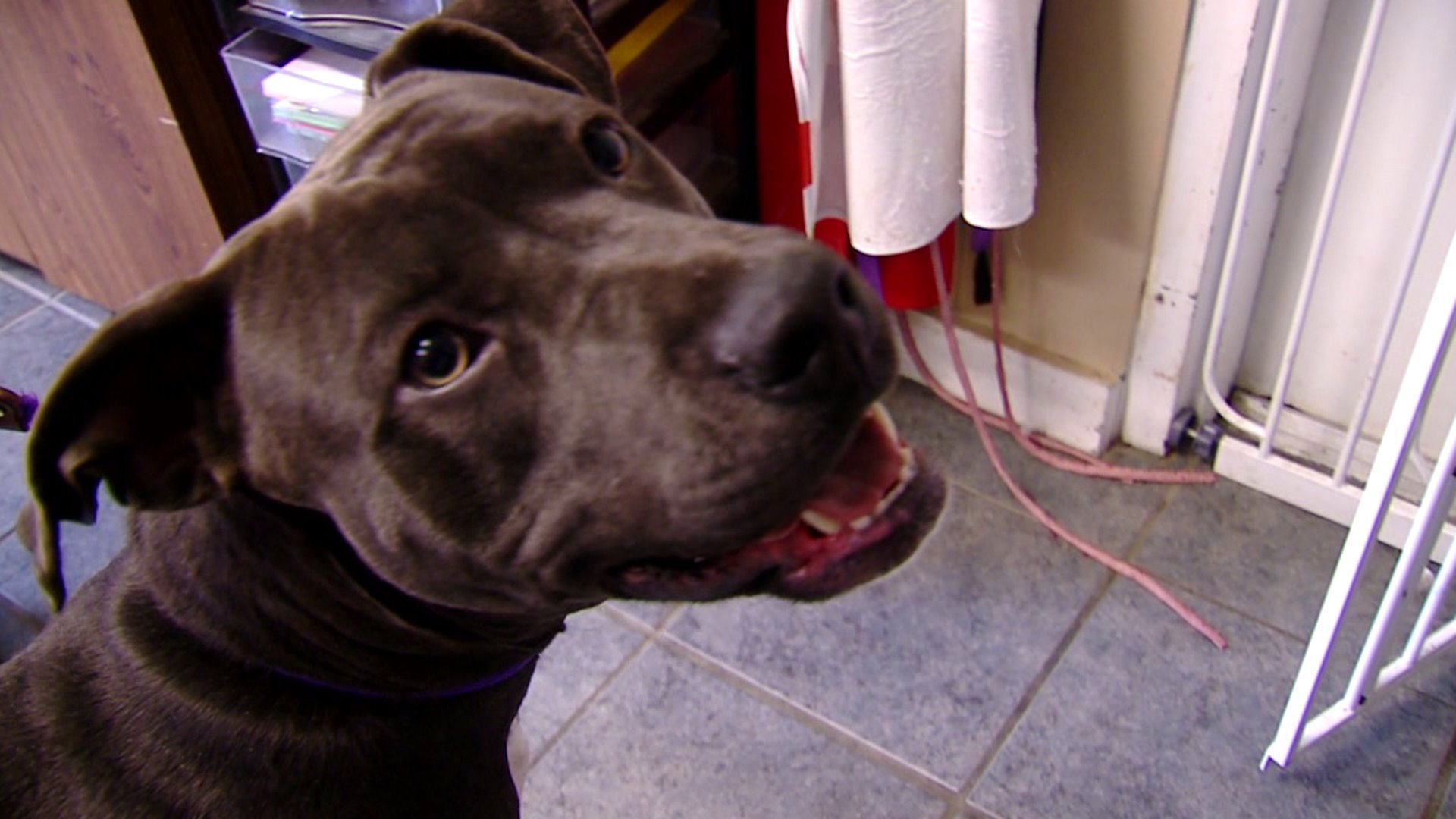 “Of all the places to be… Indiana! I couldn’t believe it! And I wish she could talk so she could tell me how she got there!” she said over the phone from her home.

As it turns out, Navarro explained that Blue had been stolen from her backyard along with another puppy in May. She would’ve been just three months old. Navarro said she searched everywhere and kept her bowl out for her, but heard nothing.

“Seems like she’s been treated nicely,” said Wolfe, who believes Blue was in good care during her time away from home. However, they’ll probably never figure out where she’s been or just how she got all the way up to Kokomo.

“It’s too bad she can’t talk, cause we won’t know what happened,” said Wolfe.

Blue will be returned to Texas on Friday after she is spayed. She’ll be much larger than how Navarro remembers her.

Wolfe said it’s a rare happy ending that should urge every dog owner to get their pet micro chipped and registered.

“It’s hard. You lose ’em. They get lost. It happens. But if they’re micro chipped, there’s a chance you’ll get them back,” she said.