Portsmouth, Va. - An 18-year-old was shot and killed in Portsmouth Tuesday night at a sub shop where he worked.

Police have identified him as Omar Booker.

Sunday night hundreds gathered outside of Philadelphia Cold Cuts to remember the teen who many say was charismatic and very hard working.

When officers got there, they found Booker lying on the floor inside Philadelphia Cold Cuts.

Booker's mom, Maxine Vinson, says he had worked there for four years. He attended I.C. Norcom High School and leaves behind a 1-year-old son.  His mom says he had plans to go to college or join the Navy.

"The situation here is just something we didn't expect and it's going to be hard to get past this and to tell you the truth, I don't want to work without this young fella. I just don't want to," says George Fuller, the owner of the shop.

Police have now ruled this a homicide.

Surveillance video has been released by police showing two people – believed to be men – seen running to and from the area where the murder occurred. Police believe these two suspects are the people who killed Booker.

His mom is pleading for anyone who knows what happened to come forward.

"Please, please, say something, tell somebody, please cuz this was senseless.  He didn’t do nothing to nobody, and they know that, they know that," Vinson said.  "They don’t know what they’ve done.  They’ve just ripped my heart clean out of my chest. I ain’t never gonna see my baby come home again."

Detectives are asking anyone with information about this shooting or who can identify the individuals seen in the video footage to call the Crime Line at 1-888-LOCK-U-UP.

Updates will be posted as they become available. 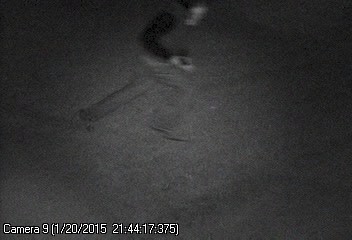