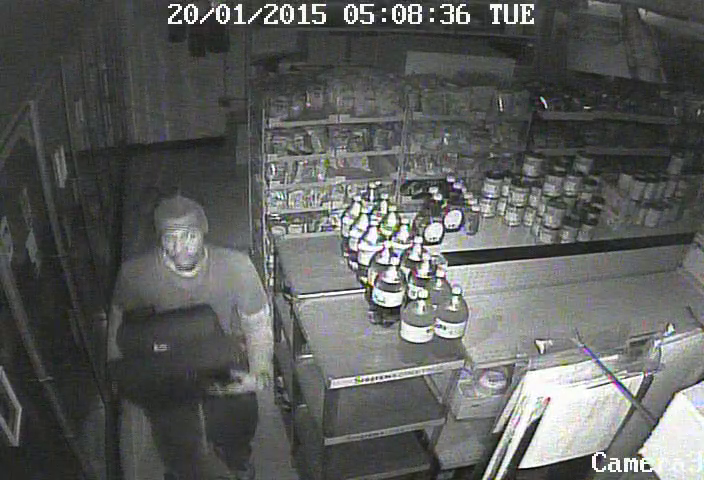 Newport News, Va. – Have you seen the man in the photos?

If so police need your help to identify him.

They say while in the store, he also ripped out the cash register. Police were able to capture this on surveillance video.

He is seen carrying a duffel bag and he tried to get inside but was unsuccessful.