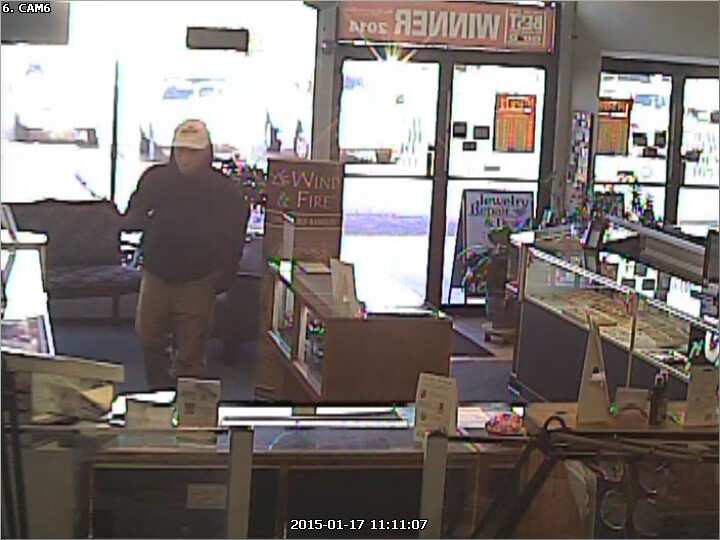 Portsmouth,Va. – Police are investigating the robbery of a Portsmouth jewelry store that occurred Saturday, January 17th.

The Portsmouth Police Department says they received a 911 call reporting the robbery at 11:12 a.m. at Jewelry Repair & Design in the 6200 block of Portsmouth Boulevard.

Detectives say the male suspect rose to the business on a green Huffy Mount Vernon bicycle.

He entered the business wearing a black hooded sweatshirt, tan pants, a light colored hat and something covering his face. He was also carrying a blue Jansport backpack.

The suspect told the clerk he was looking for a gift. When the clerk approached, the suspect handed her his backpack, took out a gun and demanded that she fill the bag.

As the suspect demanded someone open the cash register, he was confronted by the owner.

The suspect then fled the scene empty-handed.

Anyone with information about this case or can identify the suspect in the video is asked to call the Crime Line at 1-888-LOCK-U-UP.