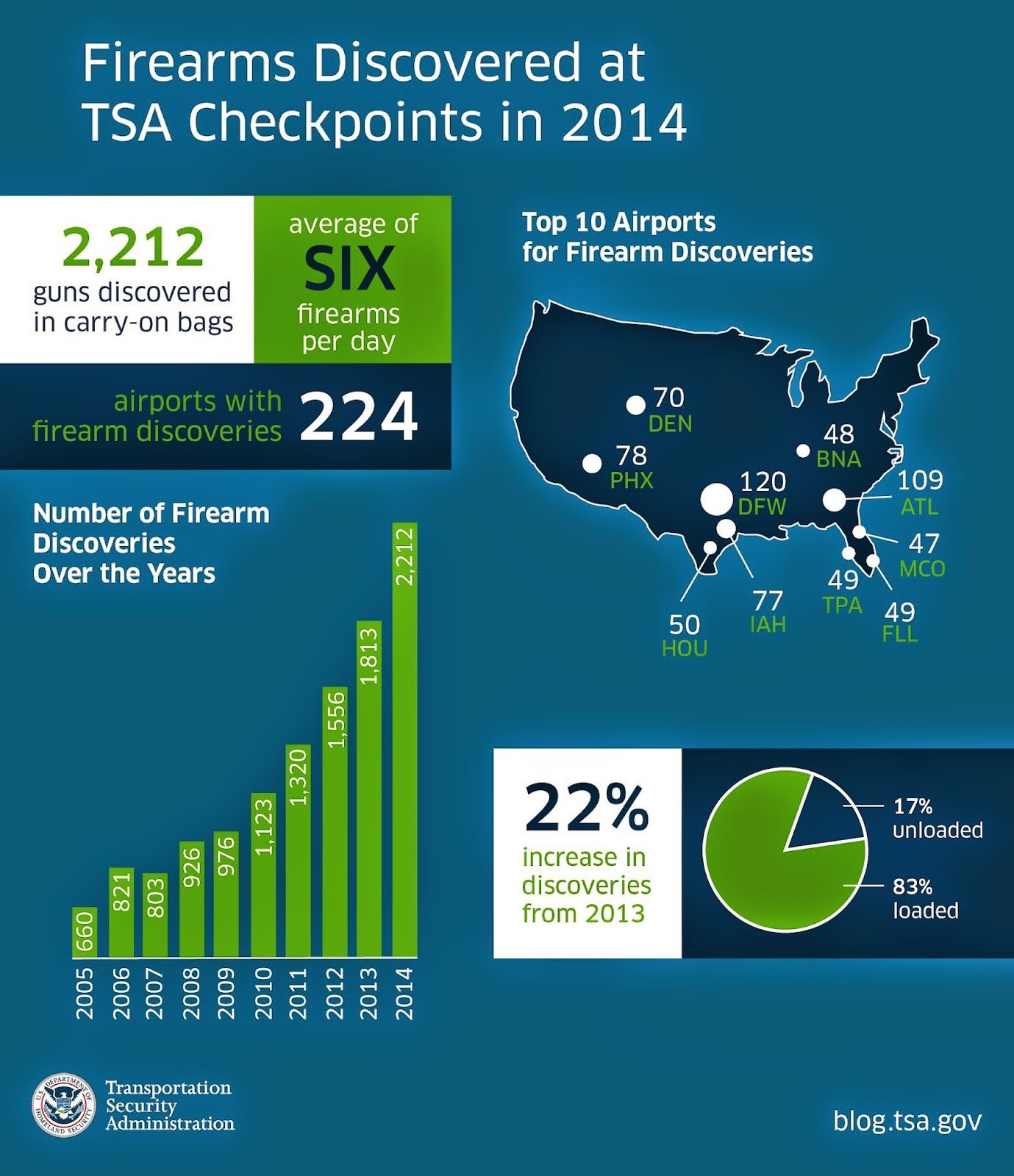 (CNN) — When packing your carry-on luggage, don’t forget to remove your gun.

Unless you’ve got permission, not remembering could get you in trouble.

That’s an average of six guns per day.

Of those discovered, 83% were loaded.

The department’s employees “stand on the front lines protecting our nation from dangerous contraband and people, while ensuring the free flow of lawful trade and commerce — just two aspects of our mission,” Homeland Security Secretary Jeh Johnson said in a news release.

“This is critically important work, and our employees’ achievements are self-evident: in 2014, the TSA screened more than 650 million passengers, nearly 1.8 million each and every day,” Johnson said.

Forgetting can be expensive and even criminal.

Passengers whose guns are spotted by TSA security during the screening process can be arrested by airport or local police and face criminal charges, and the TSA can impose civil penalties. Members of TSA Pre-check can be temporarily or permanently banned from the expedited screening program.

“It is a reminder that passengers should check their personal belongings before arriving at the TSA checkpoint to ensure they do not have any prohibited items in their possession,” TSA spokesman Ross Feinstein said.

People who want to take their guns to their destinations shouldn’t simply pack them. The TSA’s website, www.tsa.gov, lists agency rules to follow for checking firearms and other weapons. The agency doesn’t list state and local weapons laws, which vary by jurisdiction.

Don’t bring firearm replicas through passenger screening. Check them or ship them ahead of time.