Zombie cat digs himself out of the grave, returns home 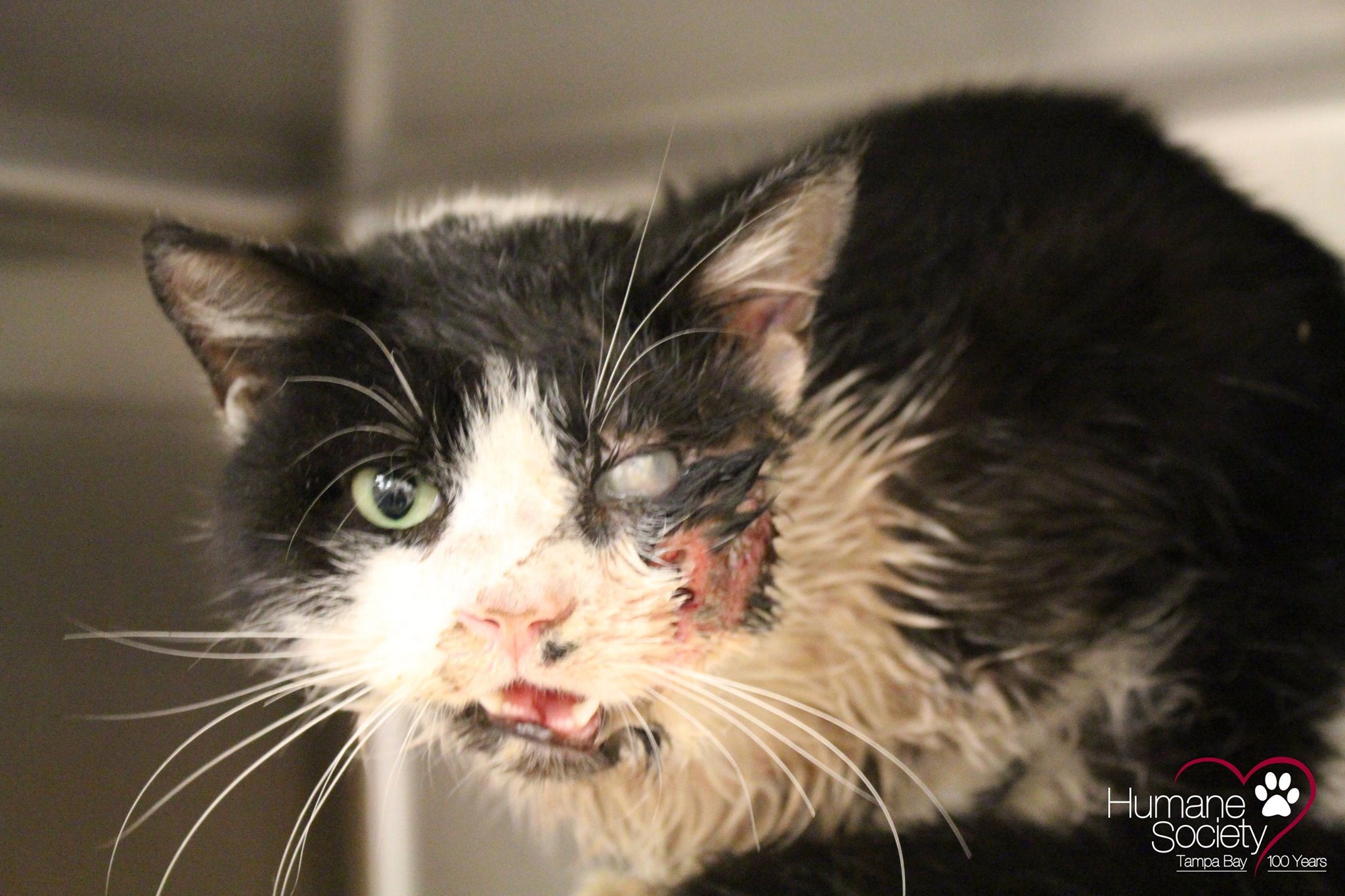 Bart the cat was hit by a car and appeared lifeless when his owner found him and buried him, thinking he was gone forever.

But Bart had other plans.

According to the Humane Society of Tampa Bay, Bart showed up five days later in a neighbor’s yard!

Bart had dug himself out of the grave and made his way home – weak, dehydrated and in need of medical attention.

Unfortunately, Bart’s owners couldn’t afford his medical bills so he is now being treated by the Humane Society of Tampa Bay.

He reportedly underwent surgery on Tuesday for a broken jaw and a ruined eye.